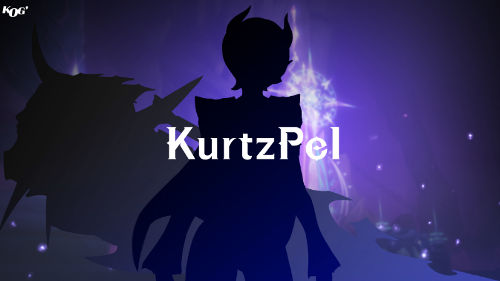 Massive Changes to Gameplay, PVP, and Items To Launch Starting This Month

The new Karma is a magic cannon named "Elemental Buster" and takes on the role of a long-range magic slayer. Unlike other long-range Karmas, this Karma does not gain any auto-targeting assistance, and all shot projectiles will follow the player's aim.

With the addition of a new karma, some changes are being made to the Karma system. Chasers will now be able to acquire Dual Soul and Sacred Guardian Karma with significantly reduced CP (in-game currency). The max growth of Karma will be increased from three to five and new skills will be taught through the new Karma UI instead of NPCs; chasers will be able to learn new skills and abilities by leveling up their karma.

PVP Season 2 will begin with some big changes. In order to judge the Chaser's ability on many different aspects of PVP, Chasers will no longer be able to select certain modes when matchmaking. However, once matched with opponents, players will be able to change their weapon and skills before the match starts.

Before, players were afraid of their ranks decreasing during the season and stopped doing Official Probatio after reaching a certain rank. From Season 2, players will be rewarded based on the highest ranking achieved during the season, so you no longer need to be afraid of ranking down and can continue to try your best to achieve the highest rank.

As fun as it is to rank up to a higher rank, many players felt frustrated whenever they lost. In order to assist with this, points lost upon losing a match will decrease and also the number of stages required to rank up will be decreased to 3 instead of 5.

PVP Missions will no longer be separated by Practice and Official Probatio. Instead, they will now be separated to Duel Mission and Challenge Missions. Duel Missions will match players from 3 to 5 Vs, and there will be no rank decreases if a match is lost. However, because of that, players will only be able to reach up to Rank A in this mode. There will also be new and bigger maps to accommodate the 5 vs 5 option.

2 New Deathmatch Maps and 1 new Conquest Maps will be added.

A Season Pass has been added to the existing Season Level system. When the Battle Pass is activated, players will receive additional rewards while also receiving the rewards for Season Level. The Season Pass will provide greater rewards than the purchase price such as Season Pass Exclusive Costumes and Weapons.

Other new items include:

Players will now acquire different items from extracting items. All existing Essence items will be removed and automatically exchanged for the new items. See here for more details.

To learn more about the changes coming in 2020, visit the KurtzPel.

KurtzPell is a 3rd Person, Anime-Inspired, Action Battle Game created by the developers of Grand Chase and Elsword Online. In KurtzPel, classic action game dynamics are enabled when players outfit their characters with 2, separate jobs (called Karma) that can be swapped out and utilized interchangeably, mid-combat. Players can enjoy various 2v2 PvP Modes; queued up by a smart, automated match-making system, player created 1v1, 2v2 or 3v3 Custom Missions. Or, players can embark upon a larger-than-life, raid style, quest-driven battle system against big, bad boss monsters.