Karma Online: Prisoners of the Dead has presented its characters details

Joymax, has revealed the details behind the characters of its Online FPS, Karma Online: Prisoners of the Dead.

Prisoners of the Dead has compiled a select personnel file on just a few of the many interesting playable characters available for either side. Some of these were playable during the closed beta, while others will be playable for the first time during open beta or
at launch.

Each character has their own area of expertise which can be adjusted with skills to suit any player's style.

Vasily Jaichev will be joining the Red Army "Leningrad Military District" later this year. With keen survival instincts, he has survived to see his 52nd year, and looks forward to retirement at the end of the war. His Assassination skill means he can defeat an enemy without leaving a trace. His long-time experience as a Sniper, he is able to hold his breath for a longer period of time, and his aim is unshaken as he sets the enemy in his sights.


Eileen is a mysterious woman with no stated last name; her file contains enough black ink to print a dozen propaganda posters. Born in 1923, she was trained as a young girl to use a variety of weapons; now at 22, she is an established Rifleman in the Red Army 'Leningrad Military District', an undisputed part of the Allies. Like her female counterparts in the Axis, her small size allows for faster movement, and improved accuracy.

Georgy Juikov is a senior member of the Red Army "Leningrad Military District"; born in 1896, he will turn 50 later this year. An Intelligence Officer, he is able to disable the enemies' mini-maps, as well as spy on their locations if he cannot respawn. His long-time service has given him considerable stamina, and his experience can aid his fellow Allies in spotting opposing troops.

Ryuva Makinova is the youngest member of the current Axis forces; recruited as much for her beauty as for her battle prowess, she picks up a gun with pride for the Red Army General Staff Office. A smaller figure on the battlefield, she can call in a deadly artillery attack, can dash to an advantageous position, and has increased accuracy while shooting on the run.

Karl Tönitz is an upcoming character featured as the "poster boy" for the Axis. Born in 1921, at a tender 24 years old, he has risen through the ranks and now works within the Armored Division of Führer's Armed Guards as an Intelligence Officer. He has a full set of twelve skills, focusing on accuracy and movement -- he gets into position quickly and can unerringly shoot his quarry without blinking an eye.

Otma Waldorov is a newly recruited soldier for the Axis forces. Born in 1923, he was recruited not long ago for his ability to handle a gun, and was placed in the German 12th Infantry Division as a Rifleman. His six skills revolve around reducing recoil and improving aim. He can also send out a dying message to his comrades, showing their positions on the map so his teammates can exact revenge. 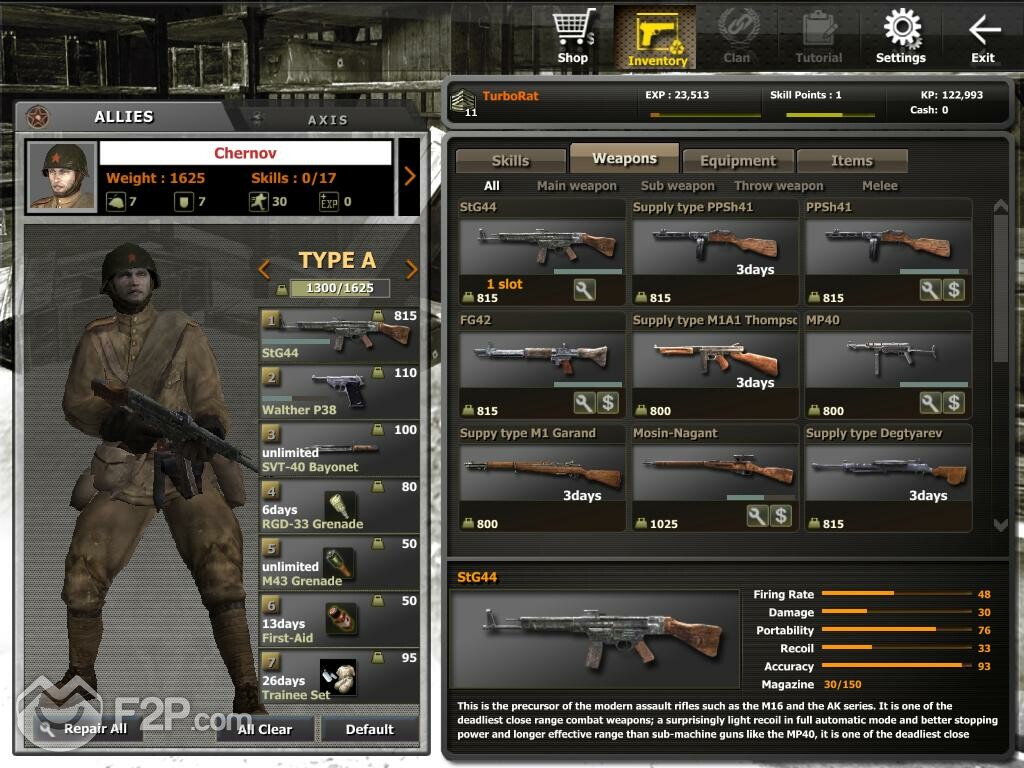 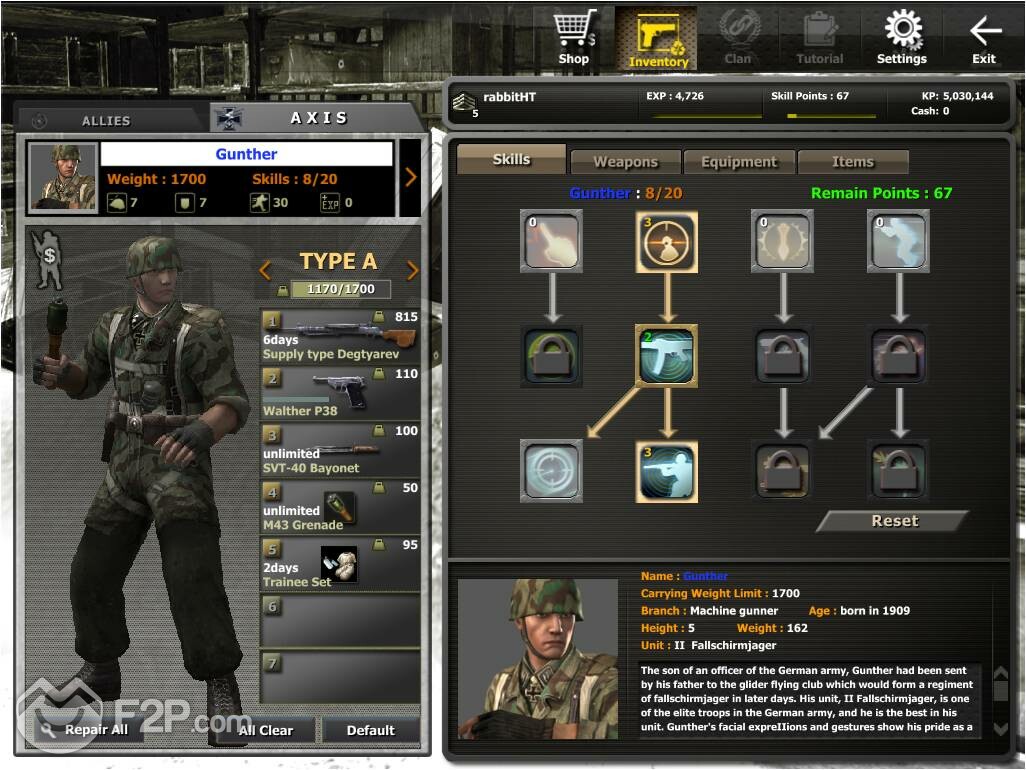 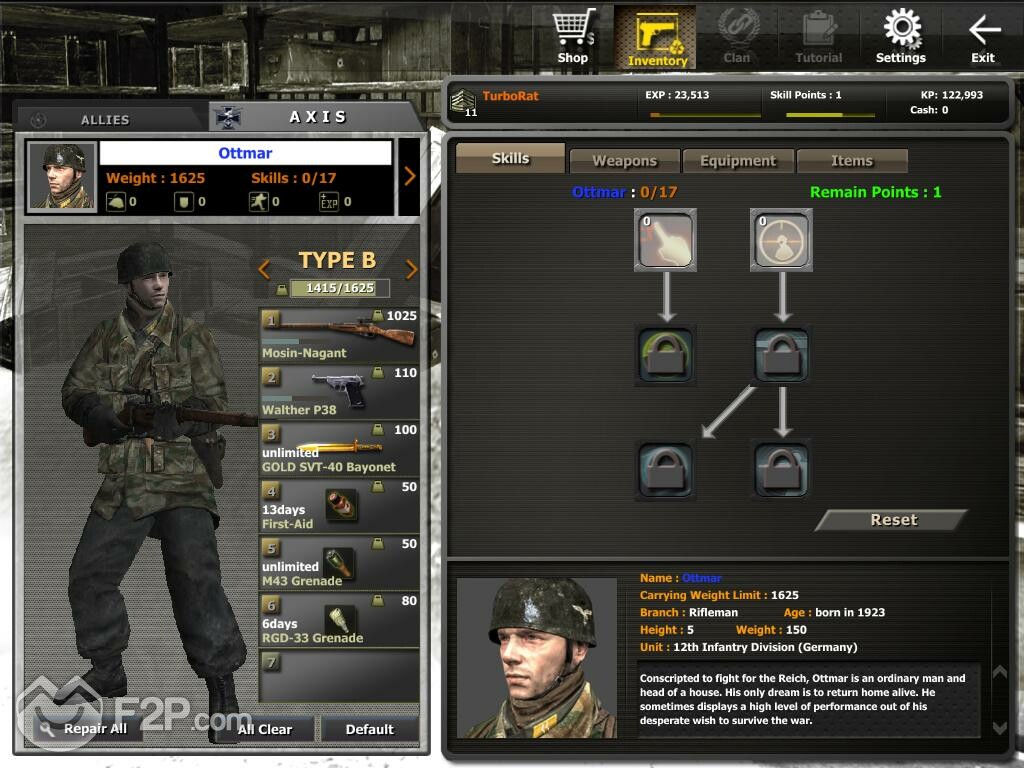 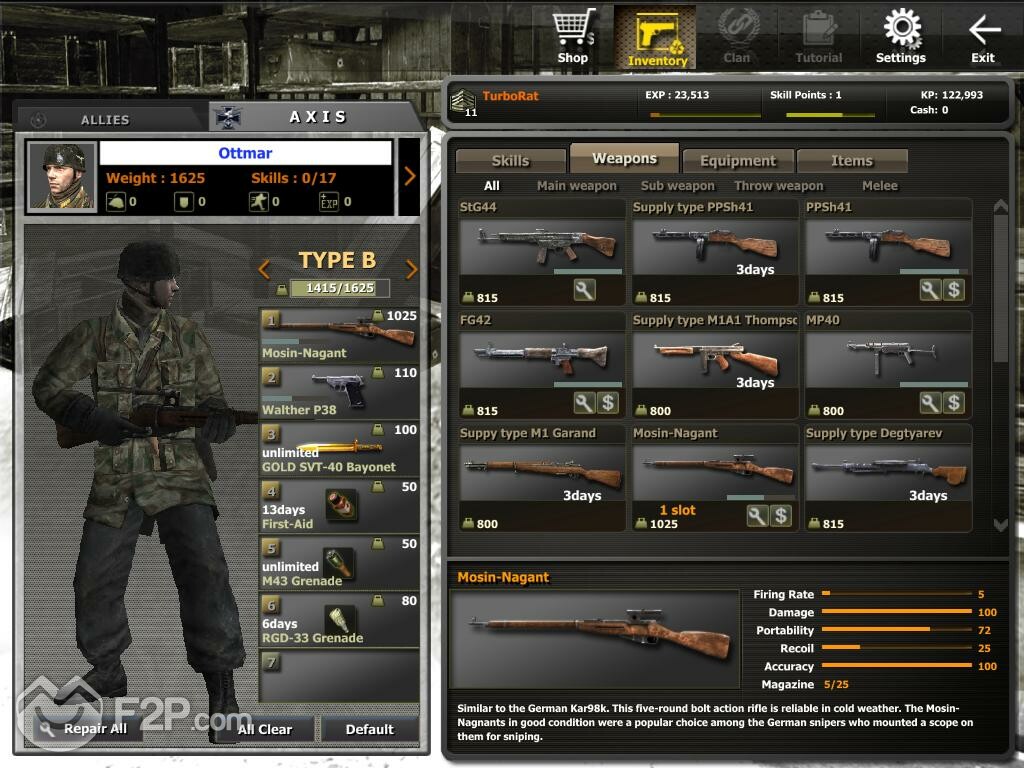 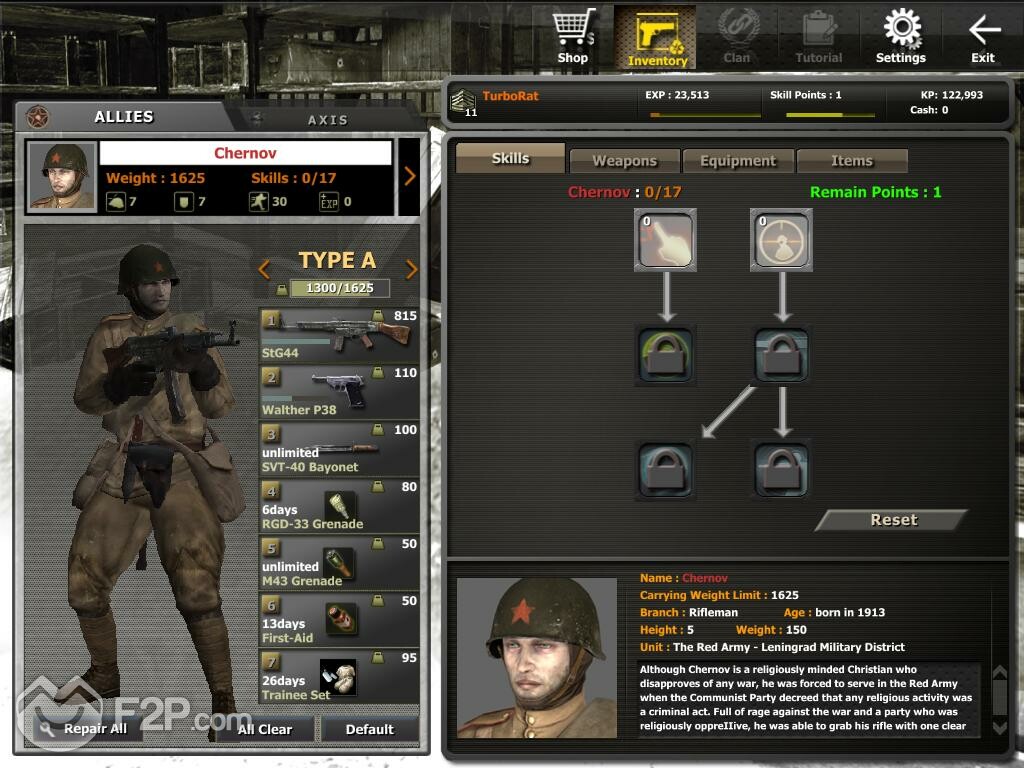 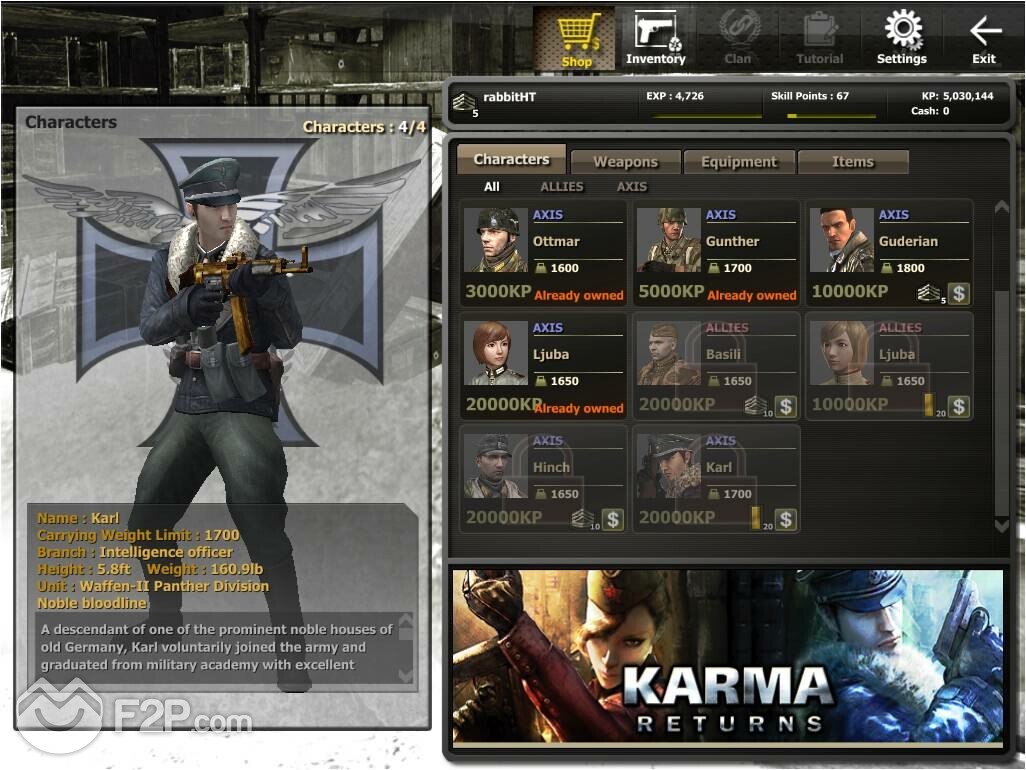 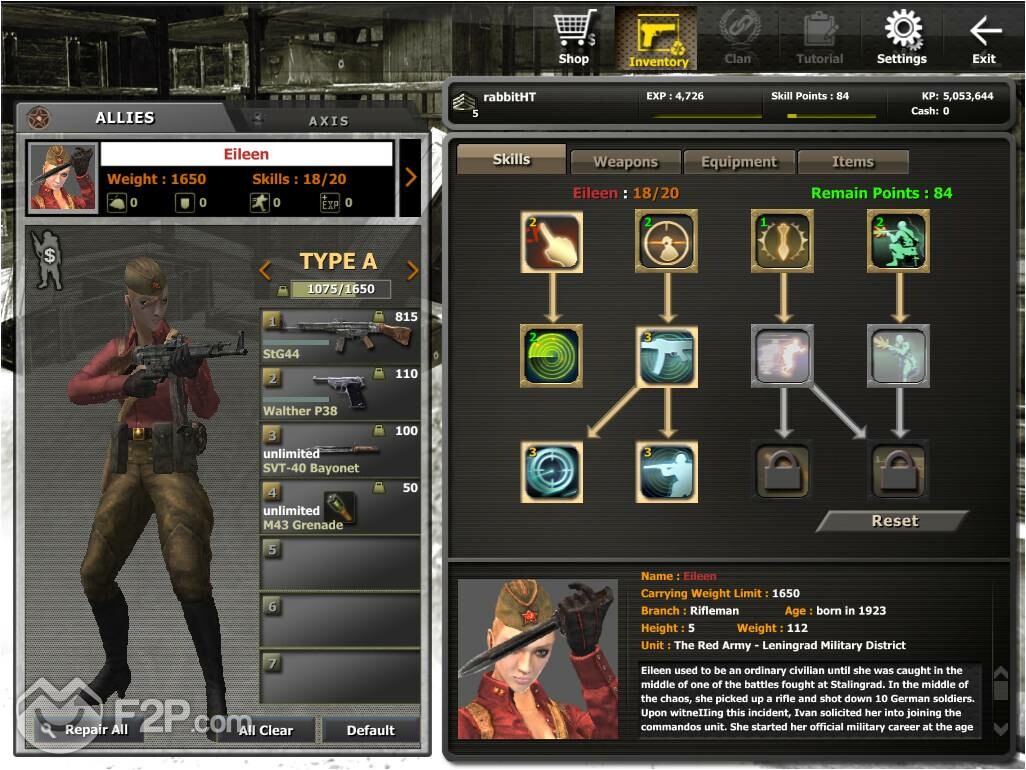