It has been a pleasure to interview Andrew Brown, Product Manager for Jade Dynasty, about the next expansion of the game: Vengeance. Everyone is excited about the new features and content. 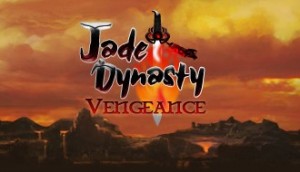 How would you describe Vengeance in a few words? Is it a big change for Jade Dynasty?

Answer: Vengeance continues the epic struggle between humans and the immortals. Were adding two new factions to the immortal, Athan race and are implementing a new Territory Wars system, which will let alliances battle it out for control of the Jade Dynasty world.

Why did you choose the name Vengeance? Does it mean something in particular?

Answer: The expansion title, Vengeance, ties into and continues where the last expansion, Ascension, left off. Now that the delicate truce between humans and the immortals has been broken, the Athans are sending down two additional factions to fight against the humans for Vengeance.

Everyone is talking about the new two Athan factions. Could you go deeper on the Rayan and the Celan?

Answer: Certainly. The Rayan faction is a deadly assassin class that features a pretty cool stealth mode and the ability to clone themselves to give both monsters and other players additional damage. The Celan class is a support class that is able to give various buffs and debuffs to friends or foes and is great for grouping.

What about the territory wars system?

Answer: With the introduction of the Territory Wars system, alliances will be able to, for the first time, battle against each other for control over the world of Jade Dynasty. Alliances that hold territories will not only get bragging rights, but also gain benefits for everyone in the alliance.

Can you tell us something about the new PvP daily events? What kind of events are waiting for us? What rewards we will earn?

Answer: While there are a great variety of new daily quests and events added to this expansion, the only addition with a pure PvP focus is the new Territory Wars system. Even though the battle itself lasts over the course of a weekend, the continuous planning and preparation to successfully conquer and defend can make this event feel like a true daily.

Would you talk to our readers about the easier partying system that Vengeance will bring to Jade Dynasty?

Answer: Weve implemented a new chat function that will allow players to talk to similar level players across realms, which will help immensely to find a party for a particular quest or raid. Instead of needing to be in the same realm or close to each other, players will be able to use this feature to party faster and spend less time organizing and more time playing.

What can you say about the Auction House?

Answer: The Auction House will bring a new and unique twist to bidding for items. It will only be available to players for a short period of time during the day and will feature high level and onea-kind items, which will award items to players for having the most unique bid versus the highest.

What will we see after Vengeance? Is there something in your mind?

Answer: We are always working on upcoming content for patches, updates and expansions and once Vengeance is launched, well be carefully listening to player feedback.

Finally, do you have something to say to your players directly?

Answer: Jade Dynasty Vengeance will continue the epic struggle between humans and the immortals and hope you check it out. Since all of our games are free-to-play, you dont have anything to lose, but a whole lot to gain. You can download Jade Dynasty from the official website.