Would you be so kind to introduce yourself to our readers?

- Hi, my name is Zheko Stefanov. I love playing games and working in the industry has been a dream come true.

Could you tell us a little bit about your work experience in XS Software and especially the development of KhanWars?

- I have been working on Khan Wars for more than 3 years now. I have experience as a game designer so I try to focus on improving the gameplay by adding new features or changing existing features to be more user friendly. 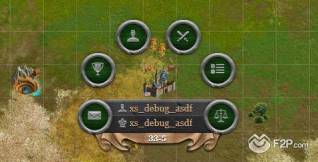 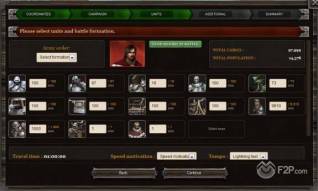 How would you present the game to someone who has never played it before?

- Khan Wars in all about strategy and tactics. Fighting the players you want to fight when you want to fight them and protecting your castles is a key to success.
What is , in your opinion, the most specific feature of KhanWars?

- The battle tactics, no doubt. Army formation is the difference between victory and defeat even when all odds are against you.

Why are players so attracted to multi-player games situated in a medieval environment?

- The Medieval period shaped the culture of modern civilization. It is a period that we know a lot about through history but in the same time our imagination transforms it into a chivalric world of countless possibilities. Players can alter the fate of entire nations and rule over vast armies in their effort to conquer other players and fight for supremacy.

How many and what kind of worlds does KhanWars offer to the players at the moment?

- We have 3 types of game worlds. Retro worlds for our veteran hardcore fans that choose to play fast paced older versions. Classic worlds offer players some of the latest features and settings. New worlds have all the latest game additions and offer beginner players a slower game pace and more casual game mechanics.

Is KhanWars more a PvP or a Clan game? How would you describe it?

- The great thing about Khan Wars is that you can play solo and stay away from clan battles and still be heavily PvP oriented. There is something for everyone... 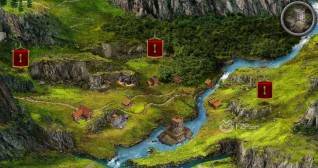 What are the unique features of the new version 6.0 Hired Swords?

- Mercenary camps appear frequently on the world map, Knights have a new mission system, new user interface has been implemented throughout the game.

How do the Mercenary camps function in the new gameplay? Would you be so kind to give us some more information regarding the New Knight missions?

- Mercenary camps start to show up several days after the start of a game world and users can conquer them and recruit army units for their cause. Knight missions no longer require resources and now always bear rewards, including coins. A new province overview menu has been created to better show the availability of knight missions.

Could you explain to our readers what is new about the Campaign interface and why is it more functional than the old one?

- We ran multiple user tests and 90%+ of new players found the new interface much easier to handle. Each step of the campaign setup changes the possible user options on the next stage thus eliminating errors. We are aware some of the veteran players did not like it and plan to bring an optional retro user interface soon so they can continue to enjoy the game in the way they are used to.

Thank you very much for your answers. Would you like to tell anything else to our readers?

- You're welcome. I wish your fans happy holidays and a lot of positive emotions playing Khan Wars and other games. With the F2P on the rise there is something for everyone out there ;)