Interview with the Game Director of Dreadnought

This week we got the chance to interview Peter Holzapfel, Game Director of Dreadnought, the free to play Aerial Armada shooter we talked you about after this year's Gamescom. You might be interested in checking out HERE our first impressions on the game before continuing with the interview.

My name is Peter Holzapfel and I am the Game Director on Dreadnought, which is being co-developed by YAGER and Six Foot and published by Grey Box. On the YAGER side, the directors’ board is working with a strong core team to bring our vision of Dreadnought to life.

Dreadnought is a game about big spaceships, driven by the love of the sci-fi pop culture franchises that we grew up with; everything from something close to the size of the Millenium Falcon up to the size of the Battlestar Galactica. We wanted to make the battles between great big ships as easy to play as possible, but also want to enable players to be the spaceship captains they always wanted to be. The game has heavy ship variations and customization for players. There are currently 15 ships across 5 completely different classes: the Dreadnought, the Destroyer, the Corvette, the Artillery Cruiser and the Tactical Cruiser. Each of these ships comes with four officers and four ability modules to create gameplay variety. At the moment, we are focusing on our 5v5 PvP game, but there will also be single player options to explore different angles of the Dreadnought universe. 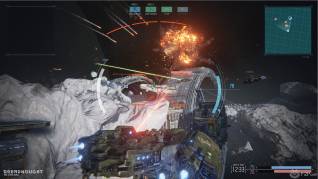 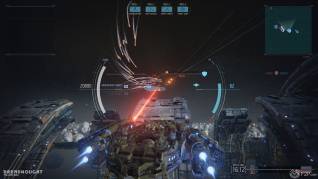 We have been overwhelmed by the positive reaction Dreadnought has gotten so far and are obviously very happy about it. Apparently a lot of players share our love for spaceships, which is great. One of my favorite moments so far was a Dreadnought-focused panel during PAX East, where I was slightly nervous that no one would show up…then the hall was crowded, players had to be sent away and when the lights went dark to show the trailer, there were hundreds of red glowing Dreadnought lanyards lighting up and everyone was cheering! Total goose bump moment for us! We are doing this because we want to create something that people will love and enjoy, and so far we seem to be on the right track.

Because we do like everything about it. No seriously, there was no game out there that focused on those great big ships. We wanted to create a game that is a big spaceship pop culture game in the best possible way, inspired by the franchises we grew up with. Easy to get into, tons of fun but with a lot of depth to back it up.

We really like EVE for what it is, a giant and complex world that requires a lot of investment in terms of time from the player. With Dreadnought we wanted to create a game that takes all the elements that make big spaceships great, but make them direct, visceral and easy to use. We have the captain, the crew members, the energy management, the great variety of weapon systems and the ships that play completely different from each other; we took all of those elements, integrated them together with a focus on making the game as easy to pick up and play as a shooter. We want players to feel right at home when playing Dreadnought and then realize “wow, this is really special and fresh.” And of course – big spaceships. 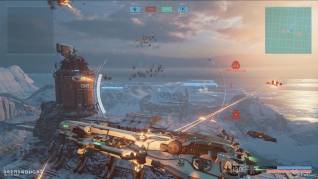 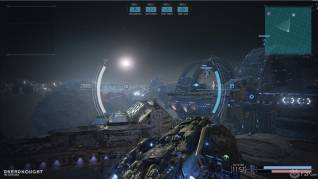 PvP is our focus right now, but we want the Dreadnought universe to be very rich and diverse. We hired Dan Abnett, the writer of some of the best Warhammer 40K books, and the Guardians of the Galaxy comics that inspired the movie. He worked with our two other writers, Cory Langham and Tolgahan Kaftan, to create the background universe. And yes – there will be a single player component to the game that will grow with the PvP component. But right now, we’re focused on refining our core 5v5 gameplay.

We are currently working on a number of concepts for new game modes but we still have to see when they will be ready for release. Obviously we would like them to be ready for the open beta phase, but we want to make them feel really good before we go public with them.

We are about to enter our initial alpha phases at the moment. Then closed beta will start early next year, and we would like to encourage everyone to sign up. It then depends on the feedback we receive and any other issues that may arise when we open the hangars for everyone. The team is very proud of the game and we don’t want to release anything that does not do our players justice. 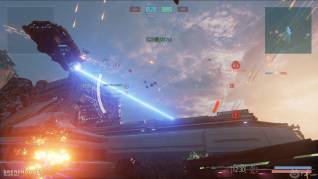 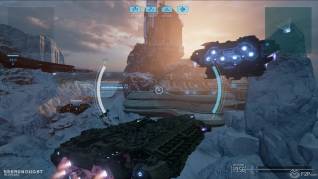 Yes, Dreadnought is a F2P game, so there will be a digital store. We wanted to create a game that we can grow together with the community over a long period of time and that has no entry barrier for players to enjoy. As developers, we are aware of the pay to win stigma and the team is very sensitive when talking about how to implement F2P the right way. By now, I guess a lot of games have done it right and players are beginning to see that it can be a fair model for everyone.

Join the Dreadnought community, join us for the closed beta and help us to make this the big spaceship sci-fi game that you deserve! See you all in space!