We got the chance to ask Lindsay Haven (producer on Neverwinter) some questions about the newest Neverwinter module that is set to come out this autumn. For those who don’t know about it, titled Underdark, this will be the eighth module for the game and it will take players into the lands of Faerun in the Dungeons & Dragons: Forgotten Realms campaign. 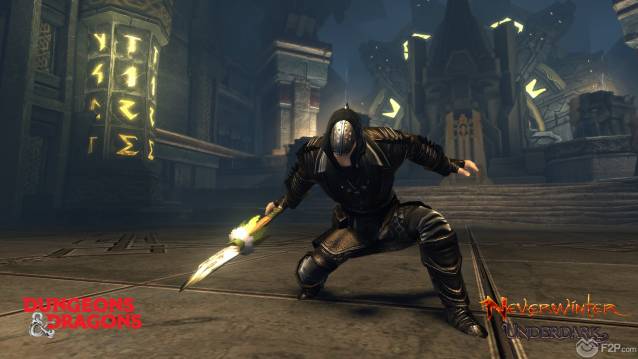 Well, if you haven’t played in a long while, I don’t think I have time to answer that question in full. So let me start after Malabog has risen then fallen, Valindra was vanquished, and players defeated Kessell in Icewind Dale, which get us through Tyranny of Dragons.

Rise of Tiamat centers around the Cult of the Dragon, who realize they misunderstood an ancient prophecy which required them to summon dead dragons. Under new leadership, they are now attempting to summon Tiamat, the queen of evil dragons, who’s been languishing in the Nine Hells for over a millennia. Players battle through a litany of evil dragons and dragon cultists in the new Well of Dragons zone, an ancient dragon graveyard. As the cult is about to summon Tiamat, players must confront the 5-headed queen directly in an epic, 25-man battle.

Elemental Evil introduced corrupt prophets who have risen to claim mighty weapons with direct links to the power of the elemental princes. Each of these prophets have assembled a cadre of cultists and creatures to serve them in the construction of four elemental temples in four brand new zones. It is up to adventurers to discover where the true power of each prophet lay, and dismantle it before it comes boiling up to obliterate the Realms.

Meanwhile, in Strongholds, adventurers have discovered massive fortifications to the north of Neverwinter. Abandoned by the powerful creators and rulers, guilds are encouraged to fight off the encroaching wilderness and scourge to claim a stronghold for themselves.

I hope that covers enough. There is so much story in Neverwinter. Make sure to hop in and experience it for yourself, too!

I’d say Tyranny of Dragons because it’s built around a campaign and focuses on end-game content. But this is the first time we’ve had a D&D VIP like R.A. Salvatore work so closely with us on developing content. 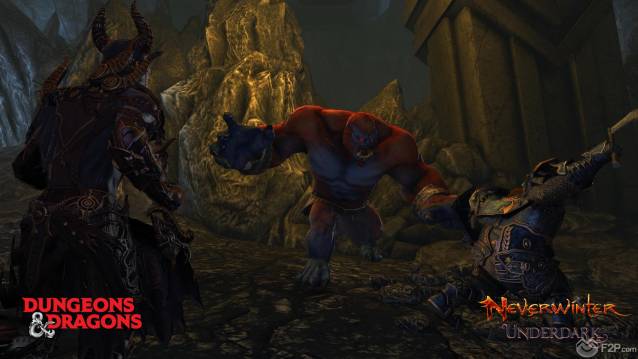 You are right, the Underdark is vast. It’s too much for us to cover in one expansion. However we have two skirmishes, a boss fight (with the Demogorgon) and the Salvatore quest line, all taking you to the Underdark. In addition, there is a non-combat zone we’ve built to serve as the story/campaign hub for the update. All in all, you’ll see quite a few places in the Underdark.

Players will not be journeying to Menzoberranzan in this module. Under normal circumstances, the denizens of Menzoberranzan are not too fond of folks from above ground, and would likely kill adventurers on sight. Layer in the mayhem and chaos of demons flooding their city (bringing heightened alert and madness), and there’s no way players would be able to get anywhere near that location. Players will, however, be able to journey to the outskirts of Mantol-Derith, a marketplace for all of the races of the Underdark, where they will be able to chat with famous characters like Drizzt Do’Urden.

Yes, R.A. Salvatore did help us build a large portion of the story in this module. Having him involved was great. He’s very friendly - we call him Bob. He has a strong vision of the characters and story he’s telling, which makes it possible for us to bring those characters to life. R.A. Salvatore has been an inspiration to many people on our team, which is why it felt so rewarding for us to see him light up when he got a chance to play the quests in game and see his characters in 3D. So, it’s been a huge honor to work with him.

The Demogorgon is massive. Even our most vertically adept races are only as tall his knee. Bringing him to life proved to be quite a challenge because he was formed from so many different types of beasts. He has two heads with baboon-like faces, octopus tentacles and canine legs. We also incorporated a muscle system to add a squash-and-stretch effect that better mimics real-life movement.

It will take 10 players to defeat the Demogorgon, and that’s with the help of classic Dungeons and Dragon heroes like Drizzt, Regis and Bruenor.
Fighting separate heads was mechanically specific to the Tiamat battle and presented its own obstacles. Players can expect a new set of challenges when they encounter the Demogorgon. 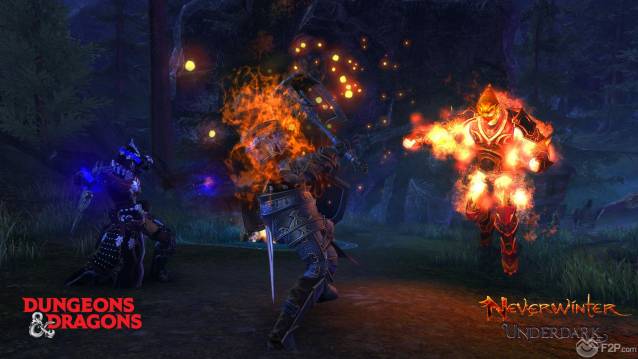 Nope, no new class this module. While classes are still a big part of D&D and Neverwinter, we are focusing on expanding out the end-game for this update.

Not with this expansion. But we know it’s been a while since we’ve add many assets to The Foundry and we hope we can fix that soon.

I feel like I’ve given away all of my secrets so far! I’m not sure what else there is to tell about story and content, but for those interested in refining artifacts or the Trade Bar store I think you might be in for a pleasant surprise. And I’ve probably said too much, so I’ll stop there.

I don’t have any dates that I can talk about right now, but we’ll likely be announcing something soon.

Absolutely. See you in game!