We had the chance to ask some questions to Jeff Lydell, Producer on the Bigpoint's upcoming military MOBA game: Merc Elite. Let's see if he can unveil some new fresh details about the game!

QUESTION: First of all, thank you for giving us the possibility to interview you about Merc Elite. Would you be so kind to introduce yourself to our readers?

Answer: My name is Jeff Lydell, and I’m the producer on Merc Elite at Bigpoint GmbH. I’ve been working in the video game industry for over eight years.

QUESTION: How would you describe Merc Elite to someone who has never heard of it before?

Answer: Merc Elite is the very first MOBA game built around tactical military combat. It’s a team based PvP game, built around the concepts of cover, line of sight, and it features unique direct fire controls. You build up a team of mercenaries, and take them into combat operations around the world. 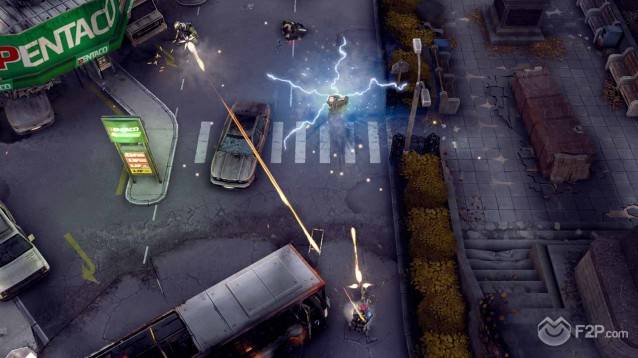 QUESTION: On which platform will the game be available?

Answer: Merc Elite is shipping on browsers everywhere through the Unity Web Player. This is supported by a large number of PC & Mac computers.

QUESTION: Which features does Merc Elite shares with other MOBAs (like League of Legends, Dota 1 & 2) and how is it different from them?

Answer: Merc Elite is a completely different game in that we didn’t start by cloning DOTA. It’s built from the ground up to be a game about cover, positioning, and flanking. We’ve built the game for fast and intense sessions, which will average 10-15 minutes in length, and you can switch between three classes of your choosing. Since we get you straight into the action, we’ve done away with the traditional pacing mechanics like leveling & gold farming. Controls, objectives, map designs, unique skills, and last but not least, the setting make Merc Elite a truly unique experience.

Merc Elite shares 5v5 gameplay with the DOTA clones, but that is about it.

QUESTION: Can we create our own characters in Merc Elite, or there is the usual champions list like in the classic MOBAs? If yes, can we create multiple characters and choose which to play in a match?

Answer: As you earn experience & in-game cash through playing, we let you hire & build up a team of mercenaries. As you progress through the metagame, the mercenaries will start to look more powerful, but more importantly you can earn some potent upgrades as you move through the tiers.

QUESTION: Do we have any tool to customize our characters or playstyle?

Answer: When you start a match, you get a choice of 3 units to take with you, and you can choose between those when waiting to respawn. You also have choices of which weapons & equipment you can bring.

Lastly, you can decide whether you want to field multiple types of classes, or different variations of your favorite class.

QUESTION: How many maps and games mode will you have ready at launch? Can you tell us something about them?

Answer: We are going to release with 3-4 maps, and continue to release more as the game continues. The maps differ in layout tactically, and also in setting. We have a heavy shipyard, a sprawling train yard, as well as a city that has seen some recent action.

QUESTION: Are you currently planning to launch Merc Elite as eSport? If yes, how?

Answer: Yes. Long term we plan on moving into eSports, but we are going to take our time. We are looking forward to building up a healthy team of players in the community first, then evolving the game to suit the needs of the e-sports community. 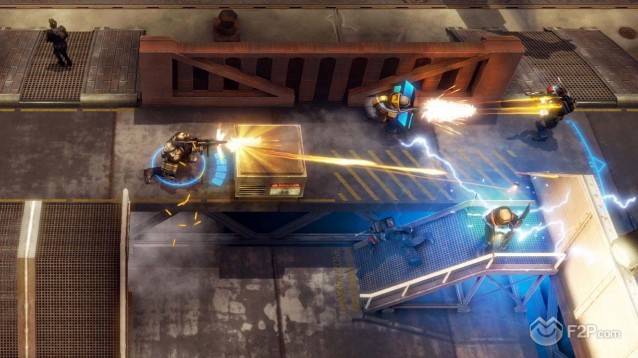 QUESTION: What can we expect to find in the game's cash shop? Powerful weapon/equipment/characters or just cosmetic items and time savers?

Answer: We are going to be selling a combination of progression boosters, to help you advance through the game quicker, as well as premium characters & weapons. Premium weapons & characters will be balanced against their tier, but will provide a better virtual currency income and have unique visuals. Building a game where free & paid players can play a fair match together is a priority for us.

QUESTION: Why a MOBA fan should choose to play Merc Elite over one of the other exponents of the genre? What makes this game unique?

Answer: Merc Elite is the only MOBA game built around tactical military combat. The experience is intense, demanding, and built for rapid play sessions. We believe there are many core gamers out there who have stayed away from the MOBA genre because of the time demands, as well as several who just aren’t into fantasy settings.

QUESTION: Thank you for all your answers, would you like to add something?

Answer: Just that I am very excited to see Merc Elite come out this summer, and I’m looking forward to playing with people outside of Bigpoint.


One Comment - "Interview with Jeff Lydell Producer on Merc Elite"