Recently we had the chance to interview Daniel Schaefer, Junior Producer of Anno Online. Let's give a look at his answers and see if we can find out something new about the game!

QUESTION: First of all, thank you for giving us the possibility to interview you about Anno Online. Would you be so kind to introduce yourself to our readers?

Answer:  Hey everyone! My name is Daniel Schaefer and I am Junior Producer here at Ubisoft Blue Byte and responsible for the whole production of Anno Online.

QUESTION: How would you describe Anno Online to someone who has never heard of it before?

Answer:  Anno Online is the first online adaption based on the well-known Anno brand which is the world-wide largest build up strategy franchise.

QUESTION: Which is the story background of Anno Online?

Answer:  In the game you get the mission from the emperor to discover and colonize a new island and build up a metropolis which equals the ones in the old world.

QUESTION: By what we’ve gotten to know so far, Anno Online is a browser strategic/management browser MMO. Could you tell us, what sets it apart from the rest of that genre?

Answer:  Anno Online gives the player the whole possibilities and complexity which is found in all the other box game Annos that were produced so far. Within the first few days you already build up a large city which is bigger and livelier than in every other strategy-management game you will find out there in the internet. Out of over 120 different buildings you can place up to 1.500 on every island. Meaning that one single player can have more than 10.000 buildings in total!

QUESTION: How big is going to be the in-game world of Anno Online?

Answer:  There will be content for the casual player and hardcore player alike. Currently we have enough content for a playtime differing from four to six months depending on your play style and frequency. But this will not be all. We are constantly working on new major content updates with the guild feature to be released quite soon. To keep our production pace we didn’t scale down the development team but instead hired new people. 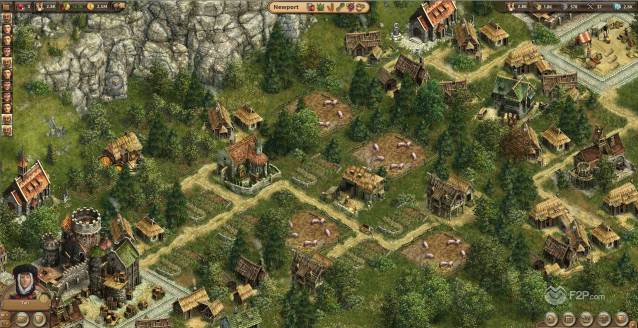 QUESTION: What can players do in the game and what will be their goal?

Answer:  The player has to build up a city, expand it and fulfill the needs of his inhabitants. By the time passing your inhabitants will demand more complex goods that can’t be only produced on one island but needs to be put together from resources found on different islands. As in the beginning your people are satisfied with only fish they will later demand bread and meat. The ultimate goal the players have is to build the most monumental cities ever seen in the browser with the imperial cathedral as its crown jewel.

QUESTION: What about the progression system? How will it look like?

Answer:  Throughout the game the player will unlock new buildings, production chains or gameplay mechanics that will enable him to fulfill the needs of his inhabitants. One major part of the game every Anno player wants to achieve is to be able to build up huge armadas of ships that sustain his supply-network over up to nine islands. Other systems as avatar rewards or an achievement system will be implemented step by step in the future.

QUESTION: Can you give us some details about the PvP of the game?

Answer:  Currently we don’t have a PvP system in the game, but we are already evaluating mechanics that will fit into the Anno franchise.

QUESTION: What can you tell us about Anno Online social features?

Answer:  The biggest and most important social feature in Anno Online is the trade. Buy or sell goods from/to other players and make the best deal possible. A guild feature where players can group together and organize their interests and a visit friend feature where players can help each other will be implemented in the near future. But we want to go further with Anno Online than the known mechanics from other games in the browser. Following next year we will introduce guild islands to the players where all members of a guild can work together and build their own monumental guild island.

QUESTION: In what languages and regions are you planning to release Anno Online? 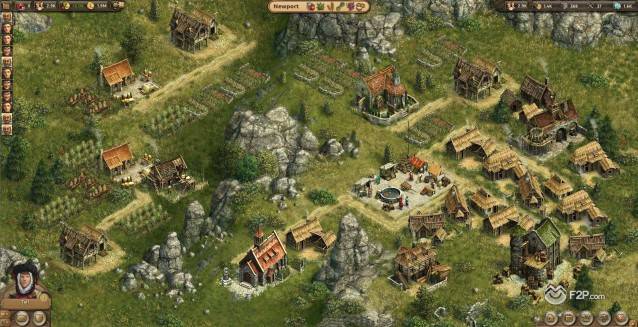 QUESTION: Do you plan Anno Online to be a free-to-play game? Which currency will be available in the game and how will it affect the game dynamics?

Answer:  Anno Online is a free-to-play game or how we at Ubisoft call it a fair-to-play game. Every content in the game is accessible without spending any rubies, our hard currency. Players can only buy comfort or time reducing benefits from the shop but no game advantages. Besides that we enable all players to earn rubies by constantly playing the game giving them the possibility to buy every item in the shop eventually without spending any money on it.

Answer:  Whether you are looking for a real challenge in the browser or you just want to spend a few minutes per day to build up your city, Anno Online is the perfect game for you, introducing graphics and complexity unmatched in the browser.