We had the chance to sit down for an interview about Albion Online with Yasmin, community manager for Sandbox Interactive’s English-speaking fanbase. Enjoy it! 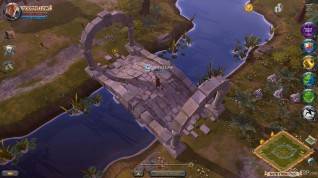 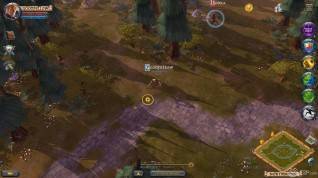 QUESTION: First of all, thank you for giving us the possibility to interview you about Albion Online. Would you be so kind to introduce yourself to our readers?

Answer: My name is Yasmin, I’m the community manager for Sandbox Interactive’s English-speaking fanbase. I’m originally from the UK, but moved to Berlin recently to work with the team here on Albion Online.

QUESTION: How would you describe Albion Online to someone who has never heard of it before?

QUESTION: On which platforms will the game be available? Will it be a cross-platform title?

Answer: Albion Online will be cross-platform; indeed, it’s the first true cross-platform MMO, and what we mean by that is that players will be able to play both on their Windows or Mac PCs, as well as taking their gaming mobile by picking up where they left off on their Android or iOS tablet, with the same character in the same massive world.

QUESTION: What makes Albion Online to stand out in its genre? Why should a player choose to play Albion Online over any other sandbox MMORPG?

Answer: Albion Online has a number of characteristics which set it apart from other games of the genre, for example its classless character customization system, and lack of levels in character progression. Both of these give the player a level of freedom that’s not often seen in the genre, as no class-specific skills mean that any player can dream up their perfect character, be it a tank who carries a mage’s staff, or an archer with some AOE healing spells. A lack of levels also mean that character progression is really open and unrestricted.
Players looking to get into Albion Online can expect a really refreshing addition to the genre in terms of character creation, exciting full loot PvP and GvG warfare, combined with extensive PvE with an array of unique mobs, and not to mention a competitive, tight-knit community!

QUESTION: Speaking about world interaction, what level of freedom are you giving to the players?

Answer: Albion Online is a sandbox game, so there is no set path for players to take during their time in the game. Players are free to explore the massive world of Albion extensively and really get to grips with the map, or they can stick to one PvP zone and seek to dominate it on their own, or they can get in touch with a guild and make themselves a dedicated crafter, or any other role – the options for specific roles in Albion Online are restricted only by players’ imagination. 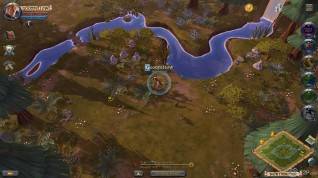 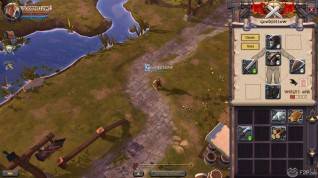 QUESTION: Tell us something about the character progression.

Answer: Albion Online’s character progression is based on a system called the Destiny Board, which can be accessed from the UI at any time. The Destiny Board consists of a series of a tasks which a player can choose to embark on in order to improve certain skills and receive bonuses to their character. The Destiny Board makes it easy for a player to make crucial decisions about the way their character progresses and how they want to specialize, without forcing them to grind for experience points to level up.

QUESTION: Hot question: PvP and Full loot; how are you going to handle that? There will be safe zones for new players? Aren't you afraid that it could discourage a lot of potential players?

Answer: Full loot is a topic that can easily polarize a community MMO players, so it’s important to get the balance right. It’s always been a must for the team; we want players to have real consequences for death, so that victory is the most rewarding it can be. So ideally we want all players to experience the emotions of dying in a fair open PvP fight, however we are aware that not all players will want to engage in open PvP, so we have taken steps to ensure that not everyone is forced to do so.
For example, open PvP will not be permitted in all areas of the map – indeed, real unadulterated PvP will occur only in specific areas. In other areas, there will be a tiered system similar to the Sec system in EVE Online, whereby areas will be classed from “safe zones”, in which no PvP is allowed, to areas in which PKing is allowed, but attacking results in a penalty debuff for the attacker. Players are given warnings before they enter PvP areas, allowing them to make their own decisions about where to go, based on their calculated level of risk. We accept no responsibility in those cases!

QUESTION: Would you describe Albion Online more like a game for hardcore or casual players?

Answer: That’s a difficult question to answer with Albion Online. On the face of it, we must admit that full loot PvP screams hardcore; however, we are working on a number of mechanics to cater for players who tend more towards PvE, and who will be more involved with crafting and their own character progression, as well as solo players.

QUESTION: Can you tell us something about the combat system?

Answer: So as mentioned earlier, Albion Online will have varying levels of full loot PvP, so that when a player dies, all their items are up for grabs, leading to players (hopefully!) having to think carefully about what they leave the house in! Players also work out their own combat style when customizing their character; all items are player-crafted, and all items can have any number of different combinations of spells and abilities crafted onto them, which keeps combat constantly varied and exciting for players. Most items will also have a kind of character; for instance a sword is a very tactical weapon, so has a greater variety of spells available to it than a hammer, for instance, which is far more DPS oriented. This brings a great readability to PvP combat, as players will often be able to tell by looking what kind of enemy they’re up against.

QUESTION: We know that there is some kind of territory control. Can you give us more details about it?

Answer: In Albion Online, while players are given the opportunity to purchase plots for their individual houses, guilds can claim territories, which are much larger areas of land with room for a range of different military and economic buildings which will help them build and consolidate their power. Territories are a useful commodity, so guilds will be able to declare war on their neighbors and fight with them to claim their territory away from them. Guilds can choose specific time periods during the day at which they leave their territory open to attack, and attacks can be either to raid the guild for money, or an attempt at taking over the territory. If a defending guild loses 3 fights over their territory, they will lose it. 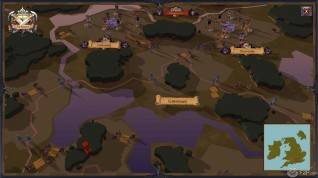 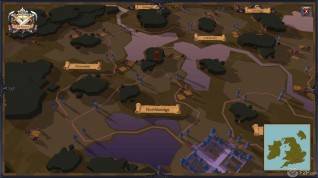 QUESTION: Can you tell us something about the player housing?

Answer: Players will indeed be able to build and customize their own player houses, with a number of vanity items available to them which will not only add aesthetic value, but will also bring some significant buffs and exciting abilities to players. For instance, we have recently introduced a number of magical orbs which can be placed in the player house for decoration, which then provide the player with the ability to teleport back rarely.

QUESTION: On your website you say that there are special mechanics in game to avoid zerging. Can you be more specific?

Answer: As a large part of the game will be in guild warfare, we wanted to ensure that all guilds, including those with relatively fewer members, had a chance to gain equal success in Albion Online. For this reason we have reduced guild fights over territory specifically to 5v5, so that smaller guilds with a lot of skill cannot be zerged by a large guild with no skillful players. This was really important to us, as we wanted to ensure that guild fighting was fair and that all guilds felt included in the action.