With Guild vs. Guild, InnoGames just released a massive long time PvP feature that is supposed to bring Forge of Empires to another level with massive battles ahead.

From now on, the game’s guilds may participate in a large-scale battle for control and power on one persistent continent. Participating guilds need to gain and keep control of sectors by means of battle and trade and will get rewards like recruitment or research boosts according to their success. 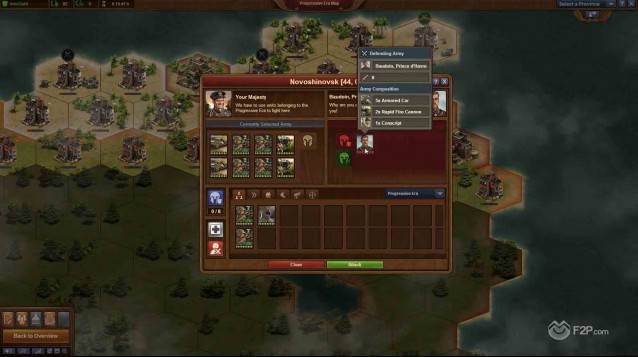 InnoGames released a video explaining the basics of Guild vs. Guild. The feature is out on all language versions.

In Guild vs. Guild, the goal is to expand one’s own guilds territory by conquering them from NPC-enemies and other guilds, and defending them against enemy takeover. Aside from numerous armies, guilds also need various rare goods to gain control of sectors, so peaceful traders add to their guild’s success as well. Since each sector needs resources and troops from different Ages in order to be conquered, it’s possible for all players of a guild to participate, regardless of their progress in the game – as long as they have reached at least the Iron Age. Controlled territory grants a guild experience points, which then contributes to its power level. The higher the level, the better rewards and perks all guild members will obtain daily.