Hellbreed is a free 'Hack'n Slash' MMORPG browser game with graphics ever seen on this platform.

In Hellbreed, the player faces its opponent's creatures, and attempts to reunify the world Manyuri, torn apart by the gods. The player, however, will have to find at first, the source of the world. There are three different types of characters to choose from, The Warrior, The Huntress and the Siege Master. 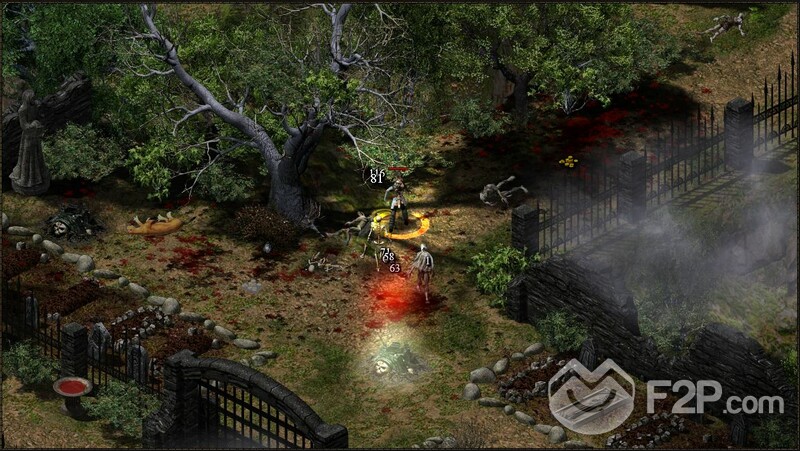 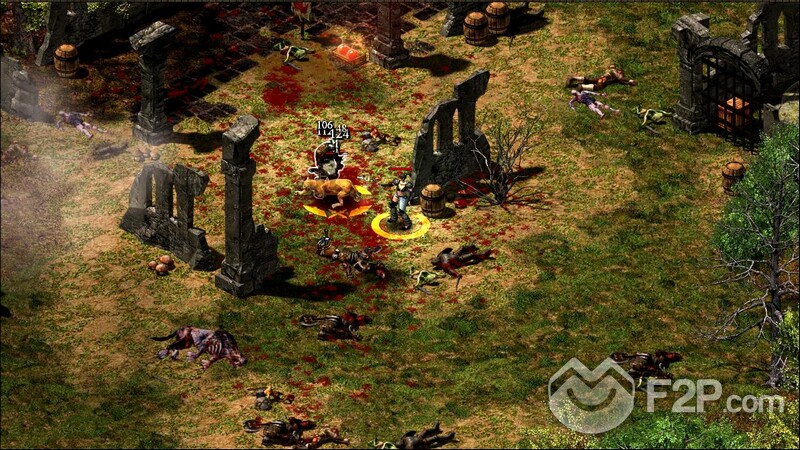 The Huntress is nimble, skilled and usually fights from a distance. She loves nature and avoids throngs of people. Should anyone ever manage to get her talking, they would do well to be superbly acquainted with the local flora and fauna.

Skills: The Huntress is a master of long-range combat, and has at her disposal not only normal arrows, but also fire arrows and paralyzing arrows. However, the Huntress is no less a force to be reckoned with in melee combat. She can summon companions such as wolves or bears to support her in battle. She can call up deadly spores or bolts of lightning from thin air to bring her opponents to their knees, but her most powerful incantation is the Metamorphosis, which transforms her into a werewolf.

Specialties: If you enjoy exploring the world with an animal companion at your side, you will probably want to train as a Creature Master. Even though a wolf may seem tame as he accompanies the Huntress, he will transform into a ravaging beast in battle and defend his mistress with his life. A Huntress that trains as a markswoman, on the other hand, will focus on being faster, stealthier, and deadlier. This training provides her with many skills that are of use to her in long-range combat.

As a child of nature, the Huntress is familiar with the healing plants of the world and uses them to brew healing potions that assist her in battle.
The Warrior 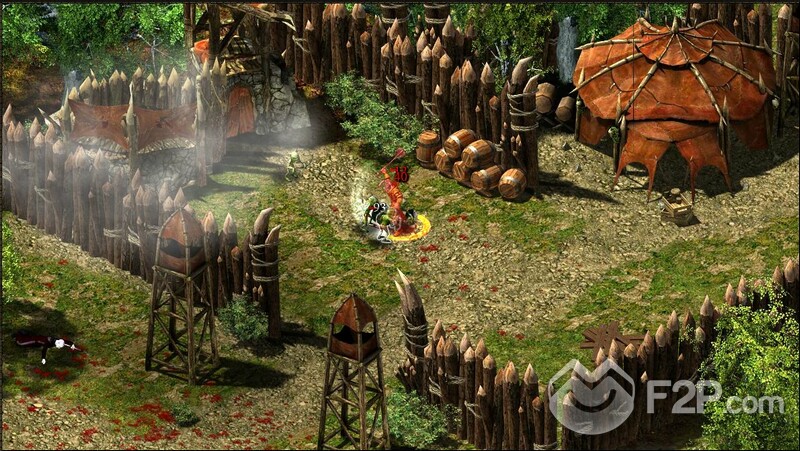 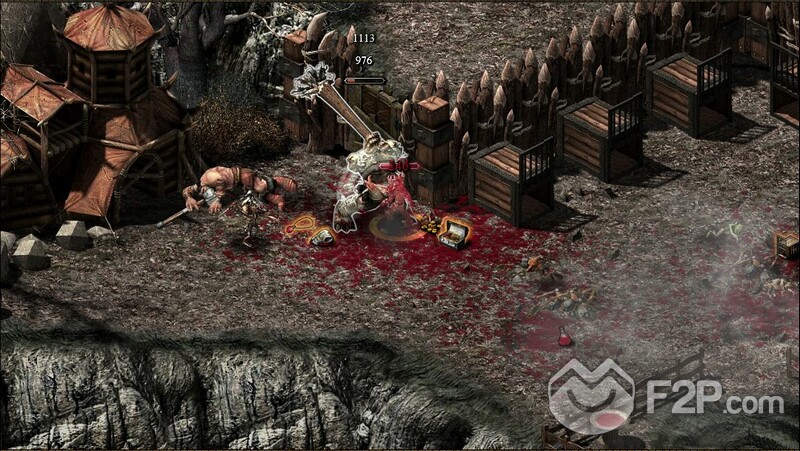 The Warrior is a master of melee combat and is able to wear heavy armor, and this makes him an opponent that is difficult to fell. He is man to whom honor is everything, and he has dedicated his sword to protecting the weak. A Warrior is not choosy when it comes to selecting his weapon, and he will take what he can get, whether it be a one-handed or two-handed weapon, an axe, a sword or a shield.

Skills: His crushing blows can bring down giants and trees. He can summon Squires and call upon troops to stand by him in battle. And when hordes of enemies threaten to overrun him, he can call upon sharp stakes that rise from the ground.

Specialties: A Warrior can train either as a Battlemaster, which helps him to inflict more damage, or he can opt for Resilience, which makes it even more difficult for enemies to damage the already difficult-to-defeat hero.

A warrior wouldnt be a warrior if he couldnt treat his own wounds. To this end, he is skilled in the production of bandages that he can use at any time  even in battle. 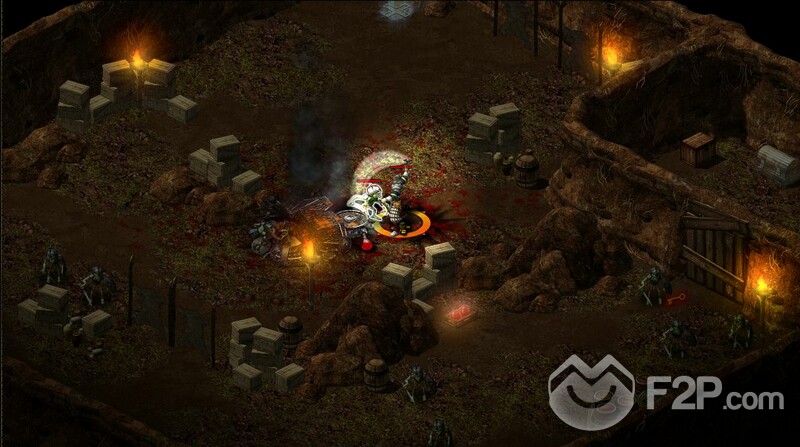 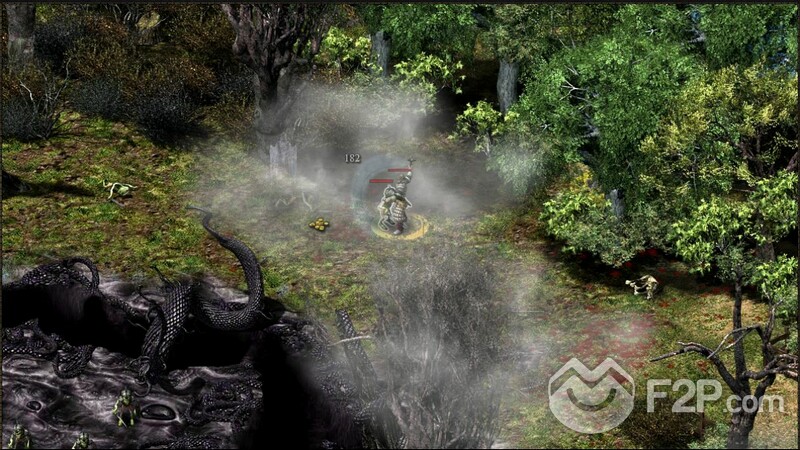 Anyone who enjoys fighting hordes of enemies in melee combat will like the Siege Master. He is a fun chap to be around, and he enjoys drinking a barrel or two of ale for supper and telling of his adventures in the divided world.

Skills: The Siege Master has a unique ability at his disposal. He can make use of war machines in battle. These include a mighty buzzsaw that appears beneath his opponents, and small grenades that explode, causing fire damage to several enemies at the same time.

Specialties: As he develops, the Siege Master can either train as a constructor or besieger. Constructors are dedicated to improving existing war machines and researching new ones. They dont just care about maximizing damage  the number of shots and the service life of the war machine is also important to them. The besieger, on the other hand, is much more concerned with how best to come crashing through thick stone walls and iron gates.

A true Siege Master also has no use of bandages, ointments or healing potions. Wounds are healed the traditional way, by cauterising them!