ArenaNet has revealed today that Guild Wars 2, is taking advantage of Umbra Software occlusion culling technology. ArenaNet has integrated Umbra’s technology into its rendering pipeline early on in the development process to make sure that the beautiful world of Tyria in the most optimized fashion possible. 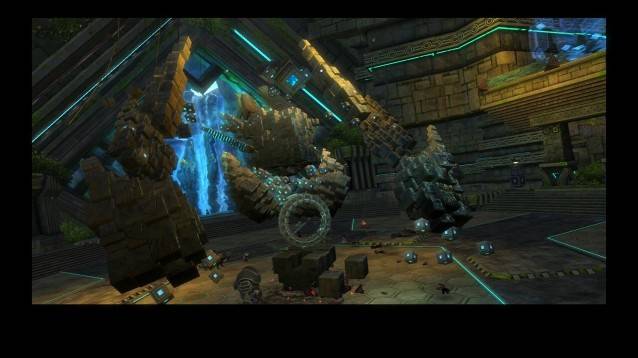 Umbra 3 is a rendering and performance optimizing middleware that is used to improve frame rates and help to create visually striking game worlds. Umbra 3 does this by optimizing critical parts of a game such as rendering, audio and game logic. Umbra automatically generates portals for game environments, no matter how large or continuous - completely taking away tedious manual work from artists.

Guild Wars 2, which has already garnered several most anticipated games of the year awards, is currently in beta and will be released on August 28, 2012.

“Umbra 3 provides an excellent solution for our expansive, open world environments. We are very happy with the choice we made with Umbra and the support we’ve been given by the Umbra team” said Patrick Laukaitis; the Senior Software Engineer at ArenaNet who has worked closely with Umbra’s engineering team throughout the production of Guild Wars 2.

“ArenaNet are one of Umbra’s earliest clients and closest partners, so we are excited to see the game nearing completion. Guild Wars 2 is epic in scope, so it’s been a fun challenge to meet the technological needs of Patrick and his team; they’ve really pushed us to take our middleware to the next level” stated Umbra’s Chief Technology Officer Otso Mäkinen.