Appearances are alternative visuals that can be bought in the store and/or gained during certain events as prizes or rewards. They are stored and collected in the inventory, and can be used on a building from there.

The first set added is "Back to the roots", a set that gives buildings a rustic and natural style. But more will be released.

Check out an example: 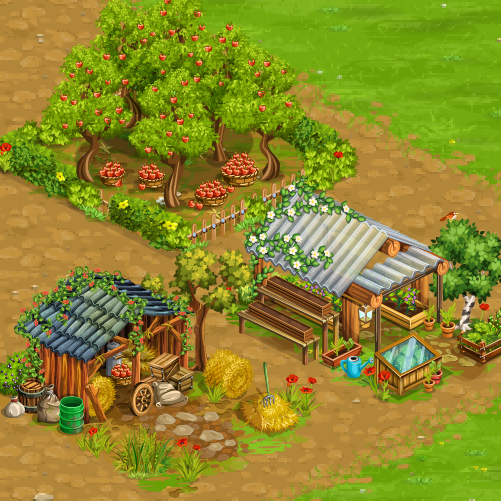