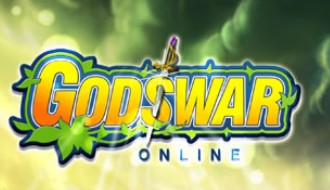 GodsWar Online has opened the cross-server battlefield. This event server is dedicated to the pure thrill of battle. In tech terms, the GWO team will combine the data from two servers into the cross-server battlefield, and all players from one server will be pitted against those from the other, turning former enemies into comrades-in-arms for the duration of the event.

About the Pindus Battlefield
The Pindus Battlefield event will last for a total of 45 minutes, during which each side earns points for three activities: killing hostile players, killing a boss and submitting Holy Water. The end boss is the fearsome Blue Dragon, which respawns every 5 minutes. Players are strongly encouraged to form parties if they want to overcome this terrifying challenge. Defeating the Blue Dragon is well worth the effort, since the kill is worth a spectacular amount of points. As each side earns points, even submitting some Holy Water might help decide the final victors. The server faction that scores the highest will be crowned as the winner.

The Benefits of a Cross-server Battle
Players stats on the event server will be identical to those on their original servers. All data changes (including transactions in the Item Mall) that take place on the event server will not be saved on players original servers. With a limited window during which to prove your prowess, you can fight like theres no tomorrow. Even while the conflict rages on the event server, its availability will not affect the running hours of any other servers, so the choice to fight is yours. Those who heed the call to battle may just walk away with some awesome prizes.