We met up with Aeria Games for GamesCom to see what they had in the pipeline and, as ever, they didn’t disappoint and we were taken to one of the beer gardens for a little display in the sun of Dragomon Hunter. The game, developed by X-Legend, has already been released in South Korea and is looking to come to the west being published in both English and French and is an open sandbox MMO where players will roam around a huge world trying to find, fight and collect various Dragon creatures. The graphics are Japanese/chibi style owing to the general gameplay being targeted to you a younger mid-teen audience, though with the obvious similarities to Pokémon we’re sure it’ll bring in its fair share of older players that just gotta catch ‘em all.

One of the key things with Dragomon Hunter is that the various dragons and creatures that players can capture are both battle pets and mounts, and looking over some of the models that we saw and the cinematic trailer we’d be pretty excited to be on the back of some of these creatures. Right now there’s four key classes to choose from to go about your hunting; Scout, Mercenary, Mage and Cleric, each class playing pretty uniquely but when brought together to fight as a party can really show off their full use. 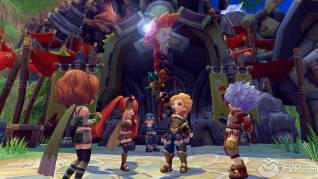 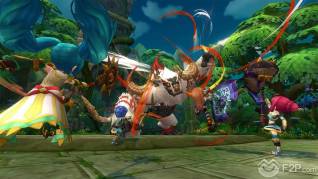 The game has a strong crafting system built into it, with one of the key recipe ingredients for crafting most weapons and armor being “Dragem”, each dragon within the world drops an individual unique type of dragem, so players will have to actively seek out some of these strange, exotice and rare creatures if they wish to create the best gear available. The game isn’t only about PVE and will feature a robust PVP system in place that is accessible from the early game as opposed to being restricted as an endgame feature. 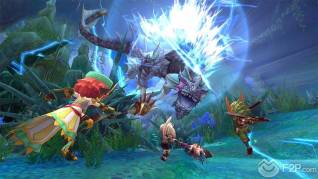 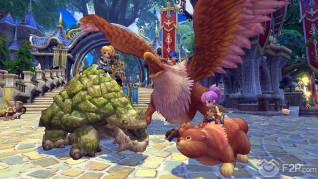 Dragomon Hunter is looking to have its closed beta and soon after an open beta in the fourth quarter of 2015 and we’ll hopefully see a release soon after; when talking about the monetization we were told that in-game purchase will focus on vanity and cosmetic items, avoiding the ability to buy pay to win gear.