At Gamescom this year we went and checked out an exclusive press presentation of Devilian, the free to play MMORPG where players step into the shoes of “the last Vanguard of Nala”, half-devil heroes that are trying to save the world from a fallen god. We got to check out the pre-alpha version for the western release, currently being localized into English, French and German, which apparently has a lot of changed from the Korean and Thai versions. Graphically the game is stunning, a great use of character models, detailed environments and ambient lightning creates a dark and brooding atmosphere that really immerses you as you travel through the world. Taking an isometric top down view point players are able to zoom in and out with the mouse wheel or switch to a third person perspective mode.

The game has four different unique classes including the Shadow Hunter, which we got to check out for our hands on playthrough. Starting at the character creation we got to experiment with the customization tools including switching between our standard form and our Devilian form, one of the big unique features in the game. In our normal form we do, as expected, have a specific set of skills, but these can be changes and boosted depending upon which skill tree we advance down as we level up. When reaching level ten we were told that players unlock their new Devilian Form, that completely changes your look and how all your skills work; in PVP you are always in your Devilian form.

For the Shadow Hunter in particular they use a whip in their standard form, a long ranged attack that can strike any enemy on the screen, but they instantly switch to daggers once enemies get closer. As we levelled up we unlocked more abilities automatically including a huge shuriken AOE attack that was hurled out across the screen. As our Devilian Form we were told that our class utilized stealth and had the ability to teleport behind enemies we were attacking, which whilst not having much utility in PVE was considerably more powerful in PVP. 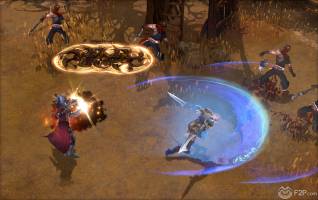 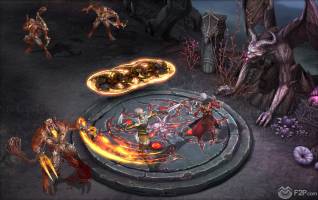 Combat was fast and bloody, using mouse to move or WASD (or even a combination of the two to give more control) we were carving our way through enemy creatures and leaving huge pools of blood and guts in our wake. Enemies drop loot on the ground, with no auto-looting feature, but players are able to acquire pets that offer more utility in combat and are more than a cosmetic, some are able to automatically pick up loot whilst others come equipped with saddlebags to enlarge your personal inventory space.

The game plays like a typical MMORPG once players escape the initial starting zone, and are able to meet up and play with thousands of players, create guilds and form groups for PVP and PVE including dungeon raids. Dungeons can either be single player solo dungeons which are typically more narrative and quest focused, but other Dungeons are multiplayer and will require an assembled group. As the game lacks any standard class roles e.g. tank, healer, DPS, each of the four classes in the game can in some ways fill each of these roles on their own, depending on the group composition, the skill trees each player has advanced down and whichever AI enemy you are facing, it means players roles can change from group to group. Players typically have their own abilities to help heal themselves up as well as a constant health regen trait, which again offers them more utility outside of the traditional roles.

Players can currently sign up for the closed beta, but as of yet there is no word on when the final western release will be available. 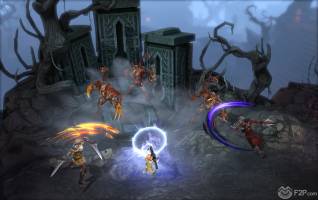 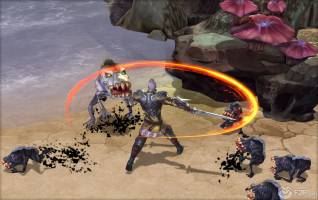