We’ve been at the Wargaming Booth where they showed us a new game which is currently under development, based on the World of tanks franchise, but it’s a collectible card game called World of tanks: Generals, it has similar features to other trading card games but with a unique look and lore from the popular mmo.

The game takes place on a board where both players set their Headquarters, they can put tanks and other units on the board so they can use it in the game, they can move and attack on a turn based game, the goal is to destroy the enemy’s HQ and to do so you can use several action cards such as platoons, ambushes and more, as usual in this kind of games, all units have different attack, defense and movement capabilities so it’s a very tactical game, players will be able to play pvp and pve.

As for the long term goals, players will be rewarded when playing this game with coins they can spend in getting new and better cards for their decks, there is also something that is under consideration and they will prompt beta testers about it, which is if this game should be connected with World of tanks the mmo as in using rewards to buy stuff on the other game, since the game is not ready yet that’s all the information we got from the private presentation.

We are really looking forward to play the beta version of this trading card game and we’re sure that World of tanks players will love as it has the same feeling and lore, but also new players who like TCGs will get to love it too. 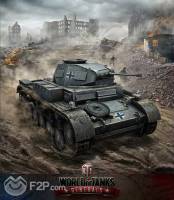 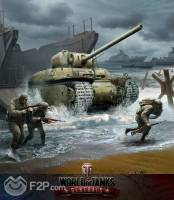