We had the pleasure of meeting with some of the folks from Innova to talk about the up and coming to Lineage 2. Whilst Lineage 2 itself has been out in Korea (2003) and North America (2004) Innova took the publishing rights to publish the game in Europe naming the game Lineage 2: Goddess of Destruction. Innova are now working towards launching their new Tauti update, their first content update for the European servers, this summer.

Working closely with the community to find out exactly what they want from the game, the developers try to keep an open channel with the forum community with Q&As to get feedback on the game.

Converting the game and content for the European market has been more than just language localization, it has meant a game overhaul from such things as making the game less of a grind for players, adding in more diverse quests to simple things as having a tutorial system for new players. More than this they will be implementing a Mentoring system that gives players the chance to invite friends and gain a bonus to their own levelling and gaining more XP themselves when the invited friend plays alongside them.

One of the biggest changes that Innova have had to make isn’t even to do with the actual game but the games security. It’s no secret that Lineage 2 has in the past been plagued with BOTs, something freely admitted and discussed in our meeting, but now with their new Frost Security Solution they plan on combatting this issue head creating a completely new system.

The game will continue to be Free-to-Play, the monetization aspect will be a Time vs Money approach; if you are a worker with little time but the cash to pay for your advantage you will be in the same position as a student who lacks the money but can put in the time to get to the same point. Innova do not wish to sell any direct advantages, they just want to even the playing field so that people in all difference situations feel they can get the most from the game in the time they have to play it and told us that “long term enjoyment is more important than the short term revenue”.

As a final note I feel the need to mention that the Innova B2B booth where we had our meeting was amazing. Whilst most companies had gone for the typical office like construction of their booths the Innova team had transformed theirs into a Zen-like meditative garden complete with real grass, plants and trickling water, needless to say this reporter didn’t want to leave. Also to follow the garden theme I was kindly handed a bonsai as a press gift; wanting to give it every chance to survive the flight back to the UK I stowed it away in my carry-on luggage, which resulted in the strangest looks and a baggage check at airport customs! It’s a little battered and bruised from the journey but I’m adamant I can salvage it. 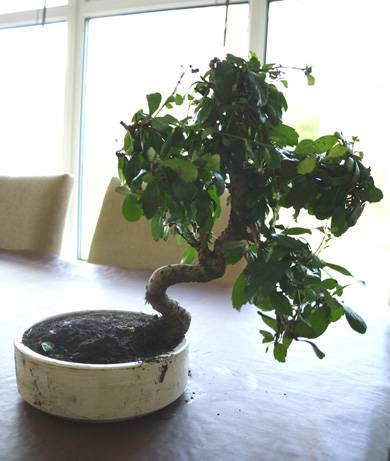 Lineage 2: Goddess if Destruction update is currently in its second closed beta with open beta scheduled to start mid-September, the German version of the game is expected to launch in 2013 with English update being released sometime after that.