When we went to see Gamigo we got the chance to see two of their coming titles: Grimlands and Otherland. As soon as we entered the room we were put in front of our own computer alongside a few other press members and thrown straight into the Grimlands, the first game we would be previewing, while the PR Assistant Matthäus Glinkowski walked us through some of the features of the game.

The game loaded us up at some abandoned backwater town in the middle of the desert where we were told to throw up our maps to check out the markers that showed various clan objectives; points that clans could fight for control of that would give specific bonuses that were neutral by default. We were told that by taking on a number of closely connected points you would increase your own area of influence that you controlled to gain further benefits. 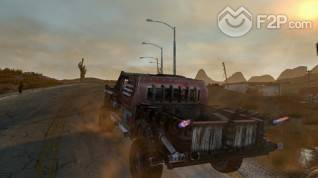 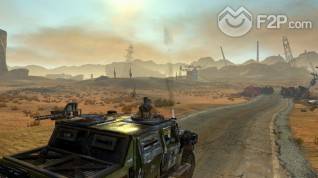 Closing the map we were told to head over to an armored Humvee as out vehicle, equipped with metal plates and a mounted machine gun on its roof. This would be our ride, not just mine but for the other three press members who were playing alongside me as all four of us were able to pile into the single vehicle with one person manning the steering wheel. Entering the vehicle was just a single mouse click, but due to problems GamesCom had been having throughout the week the latency on the server made even that task quite difficult. Eventually we ended up in and moving, only for someone to accidentally mouse click again and bail out of the vehicle while it was moving; hilarity ensued though possibly it wasn’t quite what the PR guys were after. 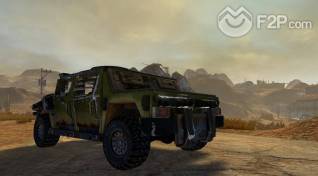 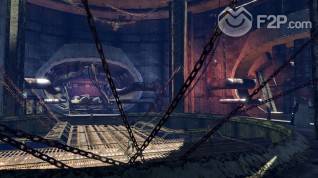 Opting to head to a different location we were directed to our backpacks to “Use” an item that would call down a helicopter, albeit it was a post-apocalyptic helicopter that looked part Chinook helicopter and part RV (Recreational Vehicle). Clicking an area on the map we appeared in the vehicle where we were able to look around as it made its journey in real time (though unable to look out of the windows), there is no instant teleportation but it was here that we were told that they may be implementing a cinematic sequence for the helicopter ride instead. 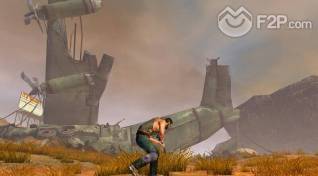 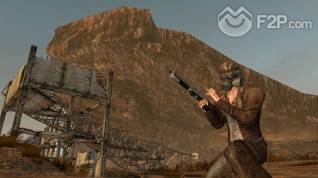 We landed in the back end of nowhere, where all out helicopters piled on top of each other, we headed off into a four man group instance though we all headed in separately and so weren’t expected to last very long. Using my shotgun I ploughed through the first lot of mobs quite easily, an element of twitch based skills as I had to aim and fire at my enemies as opposed to simply targeting them and letting an auto-aim do the work. Interestingly when mobs took a lot of damage they would try to run away and call other mobs to help them, so dropping them as quickly as possible was important, though quite difficult given that we were each doing the instance solo.

The game itself is a skill based system where you can essentially master every skill, the more you use them the higher they increase. That said, unused skills will begin to decay so only skills you use regularly are likely to be the ones you master as the higher the skill level the quicker the level of decay. How often people will have to use a skill to refresh the decay timer, or to what extent they will have to use it i.e. the developers don’t simply want people logging in and firing off a single shotgun round to refresh their shotgun skills, is still being balanced out. 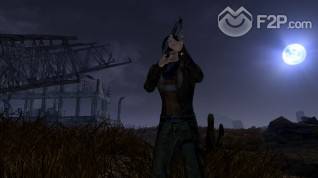 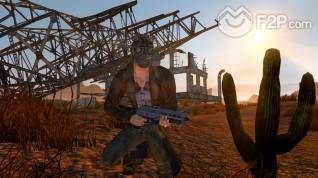 The experience of Grimlands was short lived as we had to move on to checking out one of their other titles. Our impression was that it was quite buggy in places (though the latency caused by the GamesCom issues probably didn’t help matter), but they were at least bugs that they were already aware of and were working on fixing. Visually the game looked okay and the areas looked well designed and detailed, though whilst the graphics may not be top end we believe that it’s the games features that may make Grimlands worth picking up. Currently in closed beta Grimlands is expected to go into open beta in October.