Aeria Games were kind enough to show us their latest titles for pc and ipad, Alliance of valiant arms for pc is a mmofps game with several game modes and a more than enough player base to avoid waiting in queue, DK Online is the new bet of this company, bringing the game from Korea and still experiencing some changes to fit the western market, Tuff Tanks is a brand new iPad game with sharp cartoonish graphics showing a turn based tank combat with interesting pvp and pve game modes.

Alliance of valiant arms is a fast paced shooter built on the Unreal 3 engine so you can expect a smooth gameplay and good looking graphics, it has a very interesting thing, you can join a channel when you log in, and talk to players who are in the same channel as you, so you can get to run more games that everybody will join, you can create lobbies to wait for people to join you or join an already created one, but all games are hosted by their servers so you don’t have to worry about your bandwidth being enough or not. There are serveral game modes, Annihilation, Demolition, Escort, Convoy, AI Mission, Domination, FFA, Cross Steal and Escape, some of them being the classic ones and others very innovative, so you have plenty of things to do in the game.

DK Online is a great game that has already stood out on the Korean market, and has been brought to the western, it’s currently undergoing upgrades and changes to fulfill western players’ demands as well as translations, its graphics are so detailed and eye-candy visual effects. Players can fight for the control of one castle and defend it against other players, they will get gold and other bonuses from players leveling in the area around the castle while they keep it. Other than that the game has the usual features expected in any mmorpg but emphasizing the PvP, which is the main focus of the game.

Tuff Tanks is their newest mini game for iPad mainly made for female players while keeping some classic elements that can hook male players as well, it’s a turn based combat system, in which you have to choose the power and direction of your tank shots, there are several modes in the game already, being an interesting one the boss mode, in which you have to face a huge boss that will try to kill you, and you have to move and shoot to avoid its attacks while trying to hit him. Its graphics are very sharp and polished giving this cartoon feeling that makes it even better. 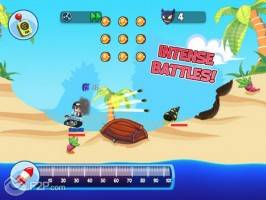 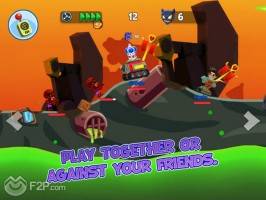 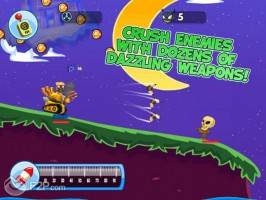 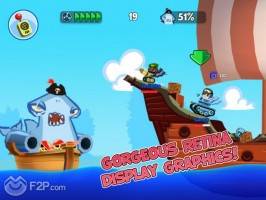 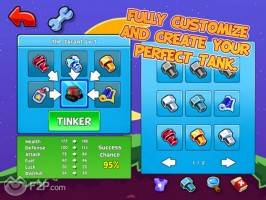