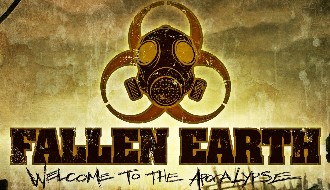 Once transitioned to Free2Play, Fallen Earth will give free players completely unrestricted permanent access to every zone and instance in the game. Several types of services, items and conveniences will continue being sold in the Fallen Earth store. Subscriptions will be replaced by a tiered membership system that caters to players of all levels of engagement, and each membership will include reward points that can be used to obtain store items for free on a monthly basis.

Current subscribers who maintain their subscriptions through the estimated five month transition period will collect significant rewards when the game completes the transition, projected for Q4 of this year. Veteran Rewards will include lifetime upgrades to a premium tier membership for the price of an existing subscription, as well as unique veteran-only items, the value of which will be determined by the number of months the player subscribed between June 2011 and the completion of the transition.

When talks began with GamersFirst, we were hoping to find a way to continue supporting our dystopian wastelanders who roam our truly unique MMO, said Marie Croall, lead designer for Reloaded Productions. By joining the Reloaded Productions team and becoming part of the GamersFirst family we can now continue delivering an uncompromising game experience for our die-hard fans. Even better, the backing of an established global publisher also means we will share our game with millions of new players across the planet.

Anyone who played Fallen Earth knows just how rich and engaging its game world is, and we feel extremely lucky to bring this game into our family of free MMO games, said Joe Rush, vice president of game operations for GamersFirst. This acquisition gives Fallen Earth instant economies of scale as part of the GamersFirst family, and by sharing our many years of revenue generation strategies and publishing expertise we expect the Fallen Earth franchise to continue growing for years to come.

Fallen Earth has a number of unique and innovative game features, and we felt it was important to incorporate this outstanding creative team into Reloaded Productions staff, said Bjorn Book-Larsson, COO of GamersFirst and head of Reloaded Productions. It was important to retain what made Fallen Earth popular and unique, and we are therefore thrilled to have this particular band of passionate game creators joining our growing global studio team.