Freestyle offer large scale events for one month starting on February 16, celebrating the second anniversary of its launch.

Second anniversary commemorative events are designed to offer maximum gifts to all users of FreeStyle, including additional experience points, game currency, items, and cash. All participants can benefit from these freebies. 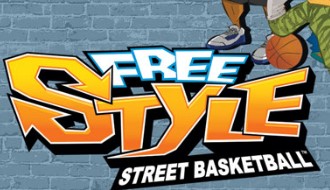 In the first event, all users will be provided with FreeStyle 'special characters' worth $15 and a 'VIP package' valued $20 for one month starting on February 16. During the period of the event, users freely will be able to select one of 12 special characters in FreeStyle, free of charge. The VIP package offered along with these characters is currently the most popular item. Vip packages provides bonus attributes, allowing users to play with an edge over their opponents.

In addition, FreeStyle will offer the "Throw in Extra Extras!" event, in which 20% of the amount of charged game cash will be provided to users as bonus game points.

The next notable event is the "Super FS Day" which will start from March 2nd and end on the 8th. An improved version of FS Day, which was made popular by offering additional experience points and game currency, the Super FS Day event will provide 200% XP and 100% game currency to all users who play FS during this period.

The final event of the second anniversary is "Challenge the GM" where FreeStyle operators will compete with game users. When users win games against operators in this event, which will be held from March 13 to 17, they will receive GM special items. As they have never been defeated by users, GMs are now throwing down the gauntlet with determination to win
every single bout.