Forge of Empires is celebrating its 5th anniversary with a special event quest and several giveaways through Facebook and Instagram. Players will get the chance to win Samsung Galaxy Tab S2 Tablets and iPads.

The special questline brings back Madame Fortuna, who we already saw during the 1st anniversary celebrations. Players will be able to enjoy a ride through the history of Forge of Empires, and they will receive new versions of the Queen and King buildings and a new building. This questline will end on April 24.

Armin Busen, CPO at InnoGames stated, “Forge of Empires is a true milestone in the history of InnoGames and still very important for us. I would like to thank the game team and the extremely loyal community for their tremendous support and feedback over the last 5 years. We will continue improving the game with new features and content and are looking forward to where the next five years will lead us.” 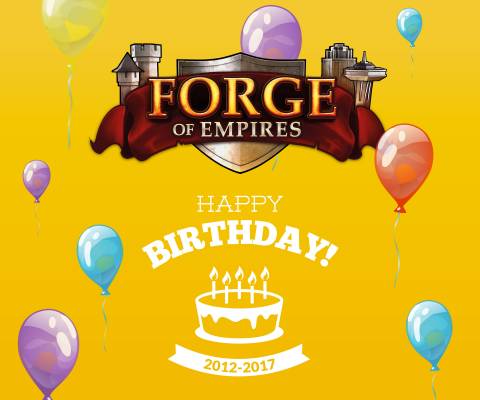