F2PMeter: Is Shards of War Truly Free to Play?

A gateway has opened up releasing fighters from many alternate realities to fight over control of Empire City, some of them fight to try and restore the peace whereas other fight to ensure they never have to go back to the bleak and desolate reality in which they came from.

Shards of War is an exciting classic lane based MOBA where players battle it out in two teams of five to push past minions, turrets and into the enemy base as one of twenty unique characters. The game can be played for free according to developers Bigpoint, but we’ll let our F2PMeter be the judge of that! 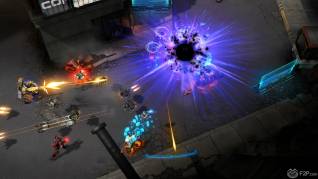 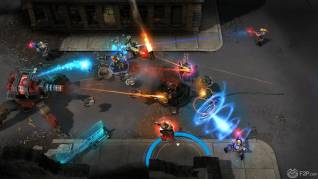 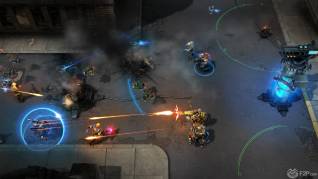 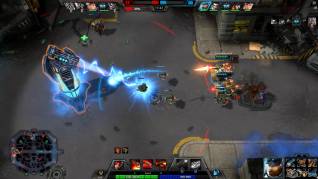 Does the game require an initial purchase?
'No'
Shards of War can be downloaded for free from the games website.


Does the game require have any continued paid subscription?
'No'
The game doesn’t have any subscription options, however there is an individual Premium Membership purchase ranging from one day to 6 months that can be purchased with the games’ premium currency; Gold. Premium Membership grants players an extra 50% XP gain from matches, lets them reroll rewards from War Chests, earn Skin vouchers to acquire new character skills as well as allowing them to reroll their daily missions.


Does the game require spending money on DLC packs or expansions?
'No'
Currently the game does not have any expansions or DLC available and all updates are free.


Does the game support micro-transactions? Can anything be purchased in-game using real world money?
'Yes' takes away 5%
Gold can be purchased with real world cash and is primarily used to purchase the new Sentinel characters. Character skins, War Chest that grant gear for loadouts and also Premium Membership. All purchases require gold alone, with the exception of the Sentinels which can also be purchased with in-game credits currency earned through playing matches; War Chests are earned at the end of each match as part of the games rewards.


Do any of the micro-transactions give players an advantages?
'No'
Primarily the games business model revolves around pay for convenience, though XP boosts are beneficial for levelling up characters more quickly, there’s no real advantages in the long term, War Chest still only give random drops, and the available skins are purely cosmetic.


Is the user interface customization restricted to paid options?
'No'
The UI cannot be customized at all.


Does the game give access to all available classes, characters or races?
'No (but...)' takes away 10%
The game currently supports twenty unique characters that players can earn as permanent additions to their owned Sentinels, meaning they can choose to play as them at any time. Alternatively players can play as six of these twenty characters that are rotated each week, giving new players characters to start out as and older players the chance to “try before you buy” some of the other Sentinels.


Does the game require have limitations to how the 'Auction House' /Market/Trade system is accessed?
'No'
Currently players cannot trade with each other.


Are personal inventory and/or bank slots limited at all?
'No'
Players are not limited to the items held for their loadouts nor how many Sentinels that they are able to own.


Are all dungeons and zones accessible without purchases?
'Yes'
The various game modes and maps in the game are all accessible from free, however there are some mechanical limitations such as requiring players fight on a map a certain number of times to unlock a new mode.


Can the game be fully enjoyed without ever having to spend a ‘penny’?
'Yes' adds 10%
There is no major hindrance or paywall in place to stop players fully enjoying the game, whilst the benefits on a personal level to having Premium Membership and an XP boost simply mean they can level their characters more quickly, ultimately it is more for convenience than anything else and new characters are always playable due to the rotation system.