Guild Wars 2 has just stepped away from its primary “buy to play” model and introduced a new free to play option for players to access the games core content, that is to say everything that currently exists in the game, in preparation for the new Heart of Thorns expansion. As we check out the fantasy based MMORPG we’ll put it through our F2P Meter to find out just how free the game now is with this new changes! 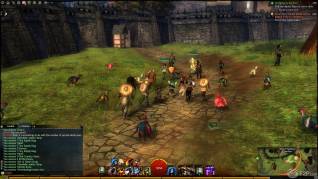 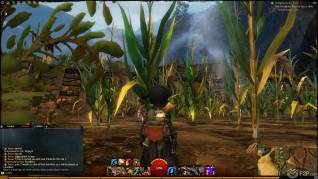 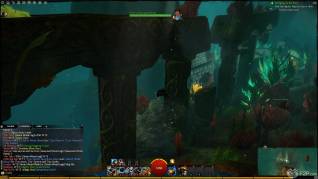 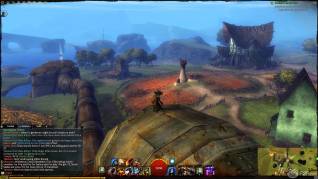 Does the game require an initial purchase?
'No (but…) -5%'
There is no initial purchase needed for the core content, which is all DLC and updates up to this point in the games’ history, however this doesn’t include content from the new expansion.


Does the game require any continued paid subscription?
'No'
There are no subscription models for Guild Wars 2 at all.


Does the game require spending money on DLC packs or expansions?
'Yes' -15%
All previously released content is accessible with a free to play account, but when released the Heart of Thorns expansion will be the only “buy to play” element of the game.


Does the game support micro-transactions? Can anything be purchased in-game using real world money?
'Yes' -5%
Players are able to acquire Gems in game, either by trading Gold at the Currency Exchange or by purchasing them with real world cash, players can then spend these Gems in the Black Lion Trading Company store on a variety of items.


Do any of the micro-transactions give players an advantages?
'No' (but…)
Although most of the items that can be bought in the store are based on pets, cosmetics, costumes, character renames and other tools, there are a variety of resource gathering objects and character boosts that can be bought that will provide an advantage. However, no armor, weapons or items to imbalance players can be purchased.


Is the user interface customization restricted to paid options?
'No'
There are minimal amount of UI customization, but all are accessible to free to play accounts.


Does the game give access to all available classes and/or races?
'No' -15%
There are five races available, which can all be accessed, but of the nine classes the new Revenant class will not be available to anyone who hasn’t purchased the new Heart of Thorns expansion.


Does the game require have limitations to how the 'Auction House' /Market/Trade system is accessed?
'Yes' -10%
Whilst players can still purchase and sell all common goods in the games’ Trading Post, they are unable to mail gold and items to players, trade gold for gems at the Exchange, and cannot access guild vaults. These restrictions are to ensure the economy is not upset by potential free to play account exploits.


Are personal inventory and/or bank slots limited at all?
'Yes' -10%
Free to play users only have access to three inventory slots.


Are all dungeons and zones accessible without purchases?
'No' -15%
The new areas with the expansions release are restricted and cannot be accessed by free to play accounts, there are also increased level limitations for leaving the starter zones, using LFG system and experience the World v World feature. These restrictions are to ensure that only players who are interested in experience the game will put in the time to play.


Does the game restrict high endgame content (PVE, Raids or PvP)?
'Yes' -15%
PVP is accessible for free to play accounts from the beginning, with Rank 20 restrictions to joining unranked and custom games. However, with the first 10 man raid coming with the new expansion it is only available to those players who purchase Heart of Thorns.


Can the game be fully enjoyed without ever having to spend a ‘penny’?
'Yes' adds 10%
The majority of the restrictions are only with the new Heart of Thorns expansion, the majority of the content available in the game prior to the expansion is completely accessible to free to play accounts and so in comparison there is only a small portion that they can’t enjoy. Most of the level and feature restrictions are in place to avoid gold farmers getting access to the heart of the game too easily.