F.E.A.R. goes online and shows off a new Trailer

F.E.A.R. goes online and shows off a new Trailer

Aeria Games has just unveiled an interesting news for all the fans of the F.E.A.R. franchise. The series is going online with F.E.A.R. Online, a new free-to-play installment developed by Inplay Interactive and brought to you by Aeria Games, which will furter expand the Alma Wade's story while delivering hardcore multiplayer shooting action.

The game will features several horror-filled team based gameplay modes where player can join the Armacham Technology Corporation (ATC) or the elite F.E.A.R. team. There will also be the return of the Soul King mode, already seen in F.E.A.R. 3. Moreover, a series of cooperative mission will narrate a story which is parallel to the events of F.E.A.R. 2: Project Origin. 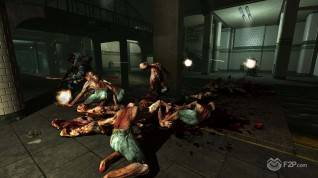 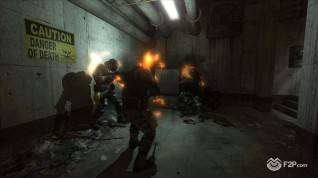 "We are thrilled to present the next entry in one of the most popular horror franchises of the last decade," said Tom Nichols, Vice President of PC Games, Aeria Games. "F.E.A.R. Online will bring back the tense, heart-pounding action that the series is known for and make it accessible to a huge online community of competitive players."