During GDC we got a chance to test Prius Online and interview the Producer, Jooyoung Chung, at the gPotato demo Suite.

How would you describe Prius Online to someone who has not heard about it before?

Jooyoung: Prius is a top tier cinematic MMORPG that provides an entirely new gameplay experience. With its high quality production, immersive storyline, three character system, and many other unique features, Prius Online delivers an exceptional MMO with the benefit of being completely free to play.

What makes Prius a cinematic MMORPG?

Jooyoung: Complementing Prius storyline are many dramatic in-game movie scenes. Unlike traditional cut scenes, the scenes in Prius are rendered on demand, featuring your character in the cinematic sequences.

For how long has Prius Online been in development for the Western Market? Is there any difference between the Korean,EU, and NA versions?

Jooyoung: While there are no core differences between the Korean and NA versions, we will definitely benefit from a delayed release. Prius has been in development for roughly three years and has had many systems added to it, including optimized battle systems, new dungeons, and elaborate questing. Thus when we launch Prius in the US, we will open with the most advanced system mechanics to date.

Why the game is called Prius Online?

Jooyoung: Prius is actually a Latin word meaning first or before. In the game Prius is the first star created by the god Hooul before he sacrificed himself to save his world.

Whats the current status of the Beta? Is there a date set for Open Beta or final release?

Jooyoung: Public beta keys are already available on our teaser site and will soon be available from your sites. We will start the Closed Beta of Anima Redux, Prius next chapter, at the end of April.

How does the leveling system work in Prius Online?

Jooyoung: Players will be able to level through events, battles, an incredible amount of quests, and other secondary mechanics. Every new level will be awarded with skill points and/or various items and abilities.

What kind of character progression does Prius offer? Are we going to see advanced classes as we increase our character level? Whats the highest level?

Jooyoung: Prius will feature seven starting classes, each with its own layer of customization and skills allowing for multiple styles of gameplay. At level 25 players will be able to change into one of two master classes, expanding from their original class. Though currently our level cap will be 50, we expect to increase this with each subsequent major patch.

What is the Three Character System?

Jooyoung: The Three Character System (3C System) allows players to utilize their main character, the Adventurer, their female companion, the Anima, and enormous powerful mercenaries, the Gigas, when in battle. The Anima, whose abilities offer support and protection to the Adventurer, summons the Gigas to demolish bosses and foes. Players get to play all three characters on a journey to defend Prius from evil!

Could you explain to us further what the Anima does?

Jooyoung: The Anima is more than just a pet or companion in Prius, she is a mysterious force intertwined with the players destiny. As they progress through the story, the player will begin to unlock her secrets as well as her destructive capabilities.

The player can expect their Anima to become a close friend, an ally in combat, and even a helpful tool for crafting items. Interacting with the Anima will change her disposition and emotional responses over time, shaping her unique abilities. Players will find the Anima to be both extremely engaging and supportive as the game progresses.

Will all Animas look alike?

Jooyoung: In addition to initial character and Anima customization, there will be various vanity and armor sets available throughout the players progression. Numerous costumes and accessories will be made available to the Animas, including but not limited unique dresses and an assortment of wings. The vanity items, in conjunction with the personal traits of each Anima, mean that no two Animas will ever be exactly alike!

We are also interested in their Gigas. What are they?

Jooyoung: Gigas are ancient giants introduced during Prius historical Hero Wars. These behemoths are incapable of self-will and bend unquestioningly to the Animas commands. Once summoned these beasts will, while controlled by the player, overcome the most difficult of foes.

Both the Gigas and Anima have something in common: the Atrium. Whats the Atrium and what are we going to be able to do inside?

Jooyoung: The Atrium is used by more than just your Gigas and Anima, although there are definitely some aspects that are tailored to both. Inside you will find the Gigas Deck, where players can select which Gigas they want during battle and then customize their skills and abilities. The Anima can craft and perform various tasks to complete quests and provide the player with items. The players themselves will be able to place various custom assets around the Atrium, rest, and even view completed quest information.

What can you say about the multiple Dungeon types available in Prius?

Jooyoung: Prius will offer a large variety of dungeons, ranging from instanced to arena type waves. In an effort to keep players on their toes several interesting mechanics and difficulty settings will be implemented, affecting enemy spawning. Players can expect random spawn locations, random patrols, and even mini bosses. There will be a limit to how many times each dungeon can be played per day, however this limit is different for each dungeon.

We are especially interested in the Guild Championships and the PK system. First, are there penalties associated to PKing? What type of penalties? On the other hand, are there rewards?

Jooyoung: Prius will be launching with strong PK and PvP systems. Let me briefly outline each system for you:

-PK Mode will be activated by toggling a button on your hot bar. Once activated, players will become an active target for others who have also entered PK Mode. For those who overindulge in PKing there will be a Karma Point System with penalties ranging from increased chance at dropping an item when killed to reduced experience from kills.

-The Coliseum will be the go-to venue for PvP of all levels. Here both casual and hardcore adventurers can clash in battles of up to 18 people. Players can additionally join Unions that fight to increase the groups performance and improve their standing. The top Union will have various rewards and benefits as a reward for their continued victories.

What can you tell us about the Guild Championships? It seems quite an interesting feature.

Jooyoung: There are two major capital cities in Prius that will hold two separate Guild Tournaments every week. Once a Guild has entered into either tournament the guild leader can issue or accept challenges from other guilds over the course of the week. The players performance during each battle will generate points for their respective guilds. Once a guild wins the tournament and receives the Championship Title they will win large cash rewards and other special items.

Is there any limit to the number of players allowed in PvP battles?

Jooyoung: Coliseum battles will have a range of 4 to 18 players at one time. Guild Battles can be fought with anywhere from 10 to 40 players per side at any given time.

Do you have something to say about resource gathering, jobs, or crafting? Will they be available?

Jooyoung: Prius has numerous systems available exclusively through the Anima companion. The Anima is responsible for gathering materials, cooking various consumables, taming the Beastias, and cultivating Potis to help the player create specialized items. These systems will rely greatly on the mood of the Anima, so much so that some recipes and certain Poti can only be unlocked if she is in the right mood.

Jooyoung: The quality and detail of our graphics, music, story, and overall gameplay really shine through with Anima Redux, the latest chapter in our epic tale. Players can expect to see many more innovative features such as multiple inventories with automatic sorting, an auction house, countless quests with various goals and requirements, and an intuitive Quest Helper system.

Thank you so much. Its always a pleasure.

Jooyoung: Thanks for stopping by and we look forward to seeing you in game during CBT! 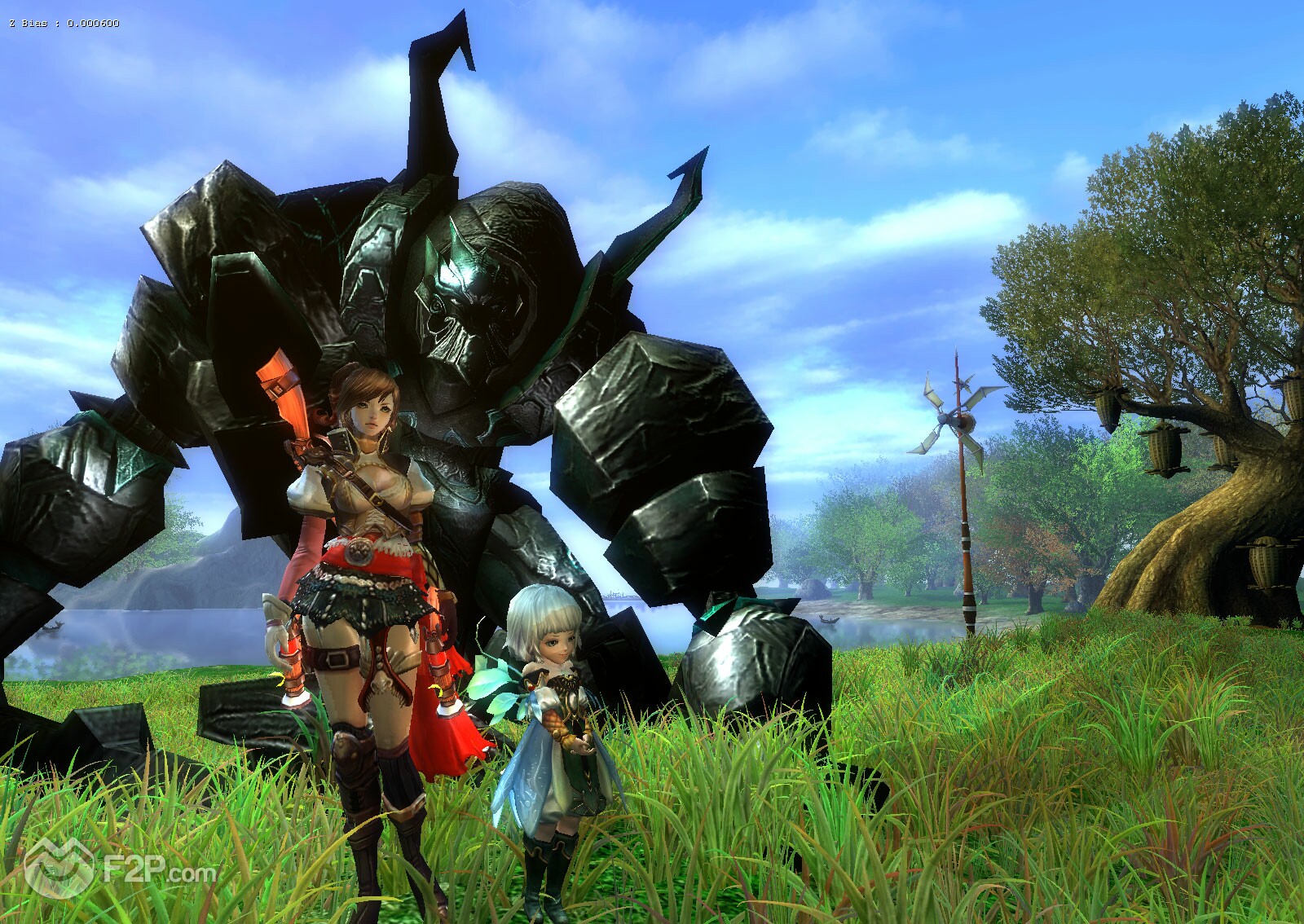 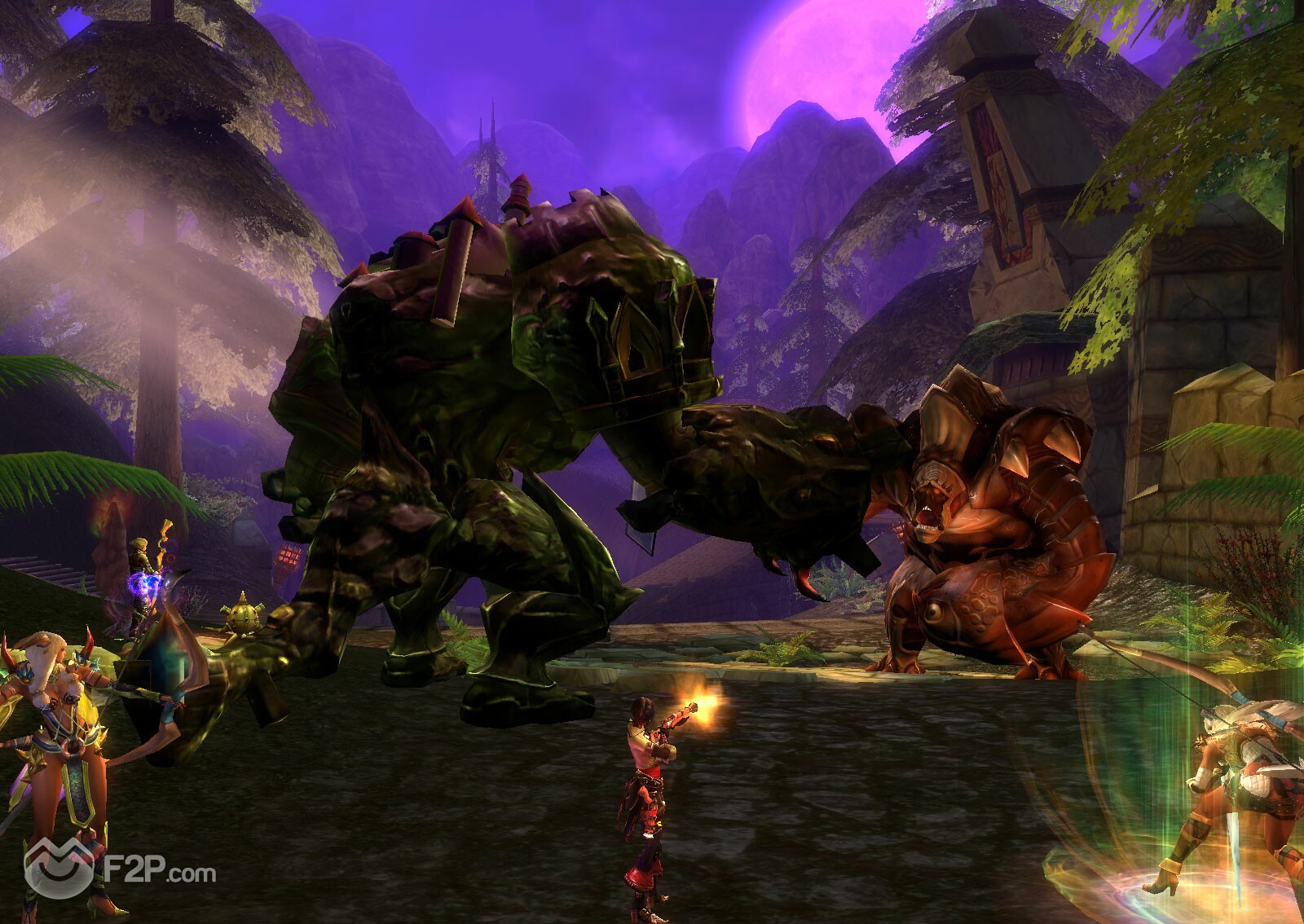 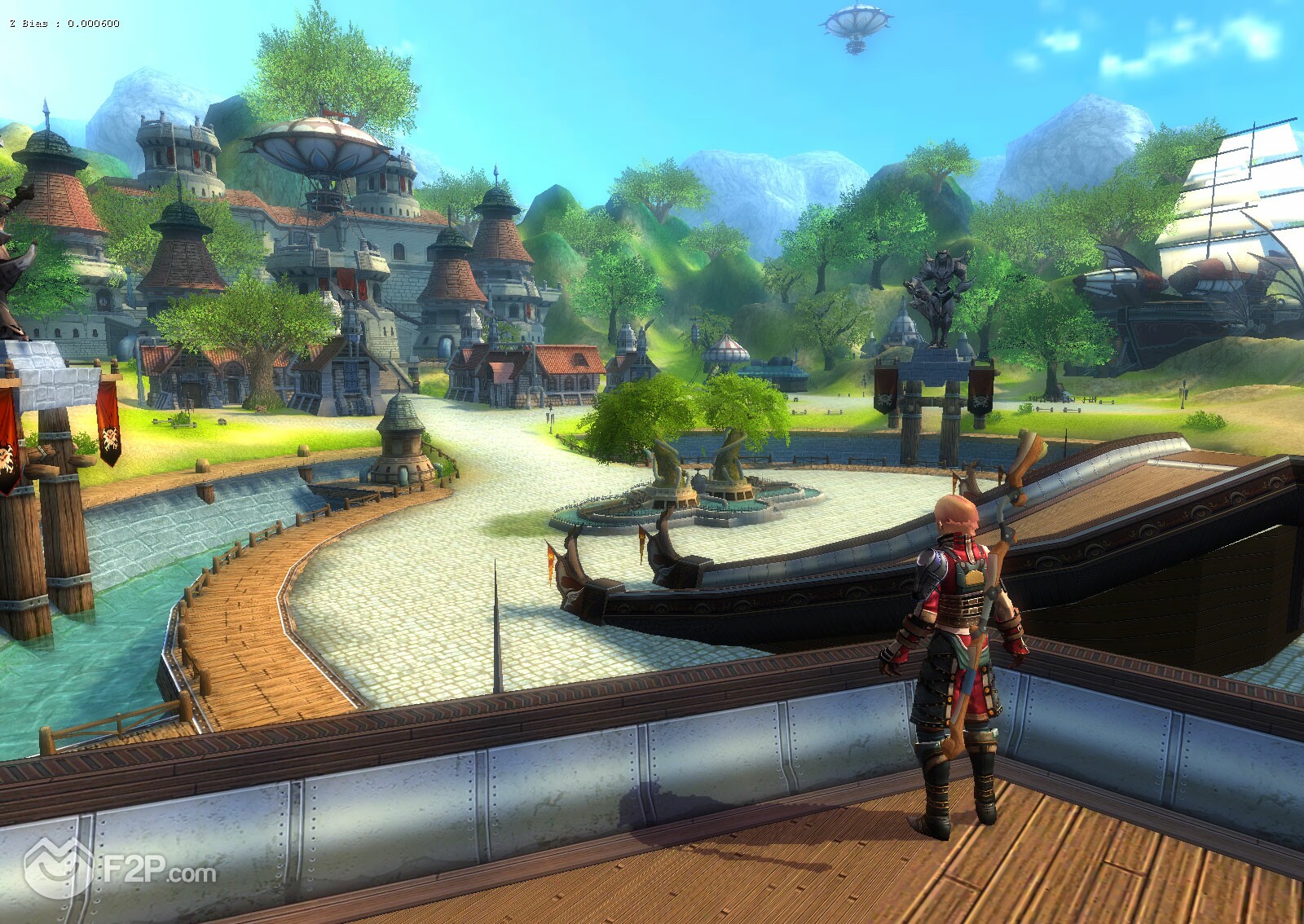