At Gamescom, we stopped by the Pearl Abyss booth where Brian Oh (CFO) walked us in-game through some of the features Black Desert Online has to offer.

The first thing that caught our eye is the graphic quality: very detailed, sharp, and ultra-realistic lighting effects, the character models are very well done with realistic hair and clothes behavior. Although it’s an early version of the client and the user interface is not finished yet, we can tell that it is an action combat game with skills which plays smoothly. The skills have really cool visual effects, but we better get into the ground-breaking features that the game offers.

It features an extensive assets management via the world map, allowing the use of different transport methods like wagons or ships to move your goods from one city to another one, to sell them, store them or do anything you want to. It's also possible to move or sell your goods by using companions you can get through different ways. The best thing is that you can see all this in real time in the world map. 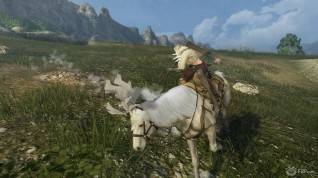 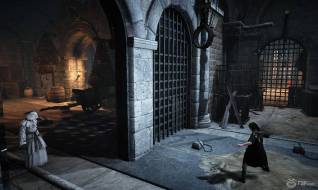 Another cool feature is the possibility to move to any locations just by clicking on it on the map. If you see a gathering node on the map, just click it and your character will move to it so you can get it, the same with cities and any other POI you can see on the map.

The game also features a complex network of connections between characters, NPC and your own character you can check at any time. By clicking on them, you can get more information about them, a picture of the character, and a net of links connecting your character with it and others related NPC; the intimacy points you currently have with it are also visible. It’s a very powerful tool enabling players to manage all their relations in the game, through which they can get items, materials and much more. 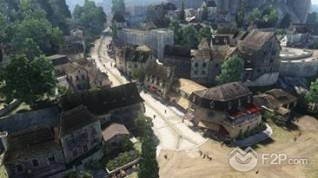 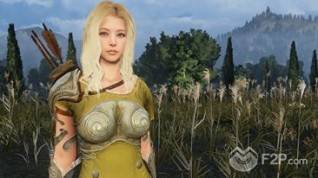 Pearl Abyss is still not sure about release dates but they told us the game may be launched in Europe and USA around 2015 since they first have to release it in Korea and Japan and then move to other markets.