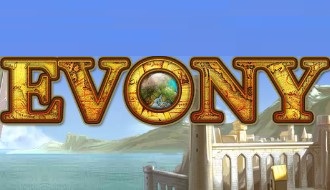 This is big day for the Evony team, all made possible by a dedicated community that has shown us amazing support over the past two years, said Tony Cerrato, Marketing Officer at Evony, LLC. Our goal with the Evony franchise is to achieve player happiness through engaging gameplay and a low barrier to entry. Were already two years in, but it still feels like the beginning of the journey. Were still striving for new ways to deliver a fun, immersive experience."

In the two years since launch, Evony LLC has released two Evony titles, Age I and Age II. While Age II retains the core gameplay of the original, social elements were added to make gameplay more collaborative, one of the most requested features.

The game is centered around its vast player community, who are divided by server and alliance. While its possible to go it alone, most successful Evonians join an alliance, which support up to 99 players, facilitate complex offensive & defensive strategies as well as offering protection in the games 24 hour a day action. When work, school and family come first, its crucial to have a trusty band of Lords and Ladies watching your back.