This is the third content update for Dragon Nest during its open beta test, and the game is available to play for free for residents of the United States, Canada and Oceania. 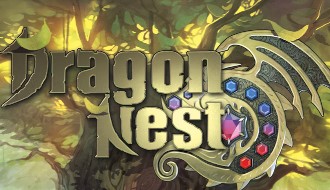 In Edge of Darkness, players have to defend the Goddess Statue against waves of sinister monsters who grow increasingly stronger as time progresses. The bravest Dragon Nest heroes will want to bring companions along to conquer this challenging encounter, but those who emerge victorious stand to reap extraordinary rewards, such as enhancement plates and prestigious titles.


Also included in todays update is the Daredevil Faire, a carnival-like environment that promises amusement for players of both low and high levels alike. Players can enter a variety of different Daredevil Faire themed dungeons, including Boss Rush, Treasure Run, Danger Dash, Gobarta and Daredevil Derby.

The Daredevil Faire offers an assortment of diversions from the traditional dungeons, such as Gobarta, where players can attempt to defeat the hordes of Goblins charging at them, or race against friends on a rented horse in the Daredevil Derby.


A new PvP Ladder system is also part of todays content update. Players will now receive a ranking for their 1 vs. 1 PvP activity and can compare themselves to other players to see where they stand in the broader Dragon Nest community. The Ladder system will automatically match up players of similar levels.

Additionally, a variety of new costumes are available for purchase from the Dragon Vault, including the Archers Green Ranger set, the Warriors Brown Belted set, the Sorceresss Antique Glory set, the Clerics Black Commander set and many more.