Aeria Games just launched its new fantasy MMORPG DK Online. Starting from today, every progress will be permanent and there will no be further caracter wipes. With the launch, a lot of new feaure has been added to the game, like new castle for the siege mode, new dungeons, new equipment and a new level-cap of 42. 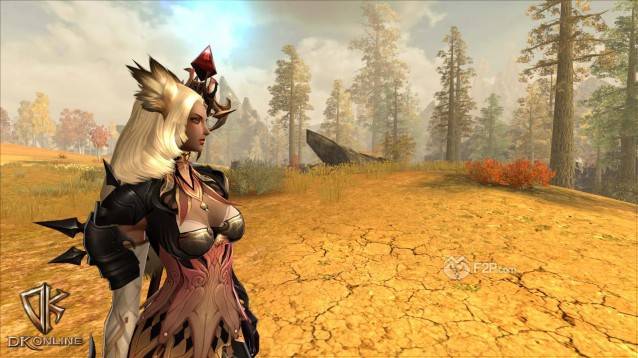 QUESTION: First of all, thank you for giving us the possibility to interview you about DK Online. Would you be so kind to introduce yourself to our readers?

Answer: Hi, my name is Vishal Aasdhir and I’m the lead producer on DK Online.

QUESTION: How would you describe DK Online to someone who has never heard of it before?

Answer: DK Online is a fast-paced fantasy MMORPG. In DK Online you are set against a dark, malicious army led by Kharvag, an ancient dragon bent on destroying all that is good in the world. Players can explore the lush and beautiful land of Litos on their path to destroying Kharvag.

QUESTION: Does DK Online feature any “sandbox” elements? If so, what are they and how are they integrated into the game?

Answer: One example of a sandbox element in DK Online is Castle Siege. In Castle Siege, your guild has the chance to claim ownership of a castle through an epic battle against rival guilds. Castle ownership gives your guild special benefits and sways the balance of power within the realm. For example, a guild that owns a castle can collect taxes on gold that players loot from monsters in the area.

QUESTION: Are you planning the upcoming updates in smaller packages or in the form of larger expansions?

Answer: We are planning for both. We have a lot of additional features in development for DK Online and will strive to update the game frequently. As a player, I would expect a continuous stream of content (such as the holiday content we delivered during the beta stress test) punctuated by larger periodic expansions. 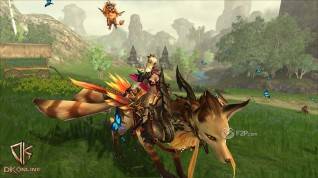 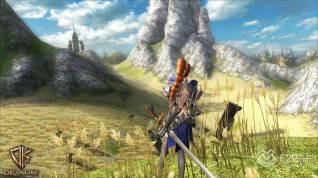 QUESTION: How have you handled the feedback the players have given during closed beta testing?

Answer: The feedback we received during our closed betas was overwhelmingly positive. For instance, the holiday content I just mentioned was a huge hit with our players during the beta stress test period. But we’ve also done a lot to address some of the concerns and comments from our players. For example, we worked hard at refining the classes so that they are more balanced, and improved the playability of each class. We also optimized the client to work efficiently, regardless of system specifications, to significantly reduce early lag issues.

QUESTION: Let’s talk about the Realm vs. Realm feature. Could you provide some more details about this? How does it work? Will the outcome of those fights have any impact on the story of the game world or is it simply a particular PvP mode?

Answer: Realm vs. Realm is a PvP feature that allows any player to participate in an epic, large-scale battle between two warring factions without having to rely on a guild. Slaying enemy players rewards highly sought-after battle points to purchase special items and the winning faction also receives a useful buff. Choosing your realm will have an impact on the story in the future, but the RvR battle itself is intended to be an exciting PvP option that any player can enjoy.

QUESTION: Other than the RvR mode, are there any outdoor combat zones or do they also come in shape of separate and instanced maps?

Answer: With opt-in, open-world PvP, all areas on the map except for cities are essentially PvP combat zones. Because of that, we don’t have specific zones that are designed solely around PvP (with the exception of RvR, of course). That being said, PvP dungeons and other thrilling PvP features are in development as well. 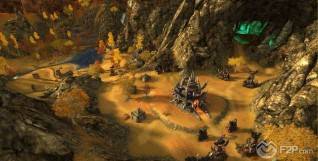 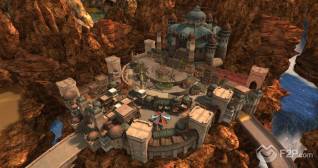 QUESTION: Could you please describe the character creation system? What customization possibilities in respect to appearance and attributes are there? Is the system a complex and detailed one or more simple and purpose-oriented?

Answer: The character creation system itself is the latter: straightforward and purpose-oriented. One of DK Online’s coolest features, however, is the ability to transform into tons of monsters that exist in-game. These transformations not only alter your appearance but offer new animations, stats, and abilities with which to customize your character.

QUESTION: Are there any plans for implementing a pet system into the game?

Answer: There are mystical poppets in the game that serve as pets. Not only do they follow you as loyal companions, these creatures also augment your stats and provide passive abilities.

QUESTION: What information can you give about the crafting system? Will it be essential to the game or something secondary?

QUESTION: By what we’ve seen so far, the graphics look very promising. Could you tell us about the engine? Will we be able to enjoy the game on average PCs and Laptops or will top-notch gaming computers be needed?

Answer: We made this game to run on a variety of PCs. We implemented a minimum spec mode which will allow players to enjoy DK Online even on systems with lower specs. But you’re correct, DK Online is a pretty game and that will be evident regardless of what system you play on.

QUESTION: Could you finally leave some words about the guild system?

Answer: Guilds are an important part of DK Online. As I mentioned earlier, Castle Siege is a big part of the game and it is a guild-centric system. Guilds also have the benefit of progressing through the guild level system. Guilds will also play a huge role in open-world PvP, dungeons, and raiding.

QUESTION: Thank you so much for your time and all the answers. Would you like to add anything?

Answer: Thanks for discussing DK Online with us and I look forward to seeing you and all your readers in the game!