Details on the Cleric class of King of Kings 3 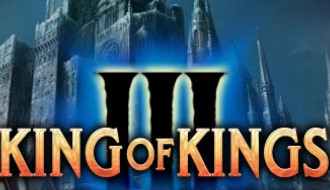 The King of Kings 3 team has shed some light on the cleric and the different specializations available to him.

First of all, remember we are offering closed beta keys. To grab one, just click on the next button.
The cleric goes into battle armed with a hammer and dressed in a robe or leather armor. At Level 50 players can choose to develop their character into a scholar, a bishop or a priest. The scholar assists his party with spectacular healing and resurrection spells. A bishop can summon guardian angels that improve physical and magic resistance. Buffs the priest conjures increase party members defenses and strength, among other things.

Eventually, the cleric will be able to choose from the following: 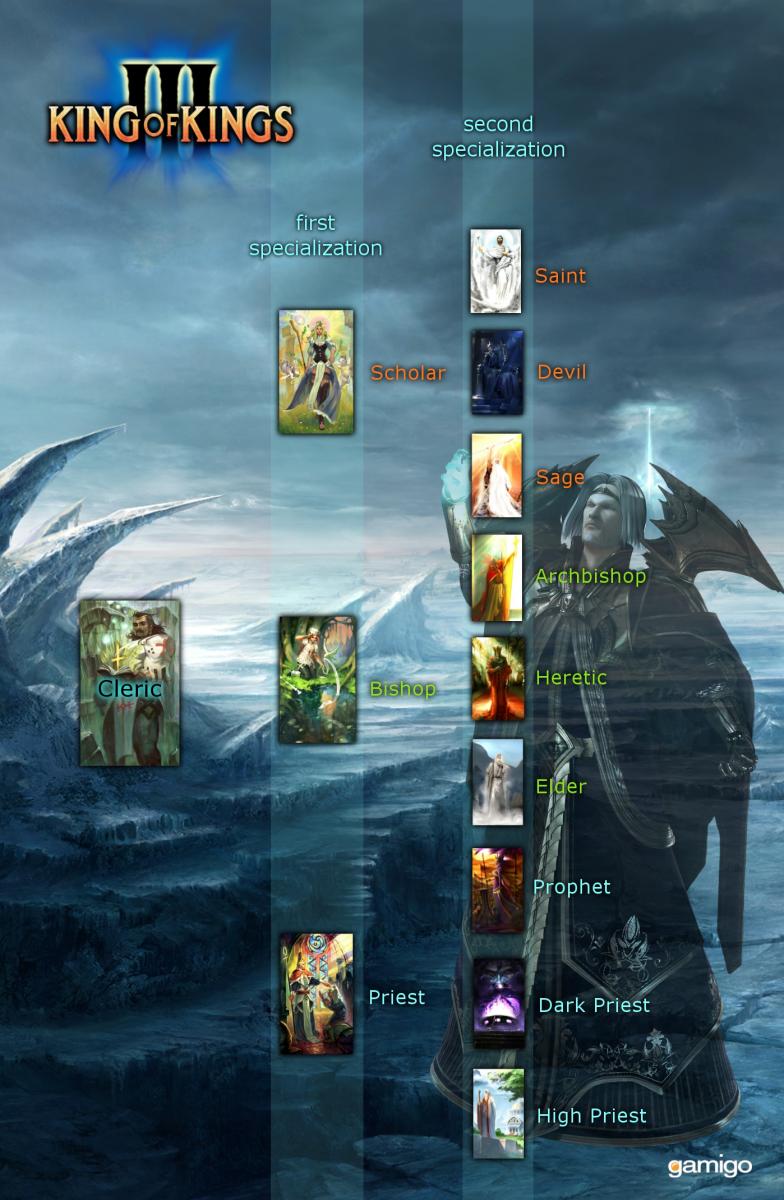 - Specializations of the Scholar -

Saint
He uses holy magic to greatly reduce damage to himself and his allies. Areaeffect spells affect multiple opponents at the same time.

Devil
Dark creatures battle on the devils side. Vampires increase his damage and the king of the undead bestows his favor upon him by deflecting damage.

Sage
Many of his skills are aimed at attacking groups. He can also make monsters his allies for a short period of time.

- Specializations of the Bishop -

Archbishop
His skills increase his attack power. He can also remove his opponents buffs, thus causing them great damage.

Heretic
The heretic summons guardians to assist him in battle or to be sacrificed in order to cause large amounts of damage to his opponents. His ability to keep enemies from being able to use spells is also very helpful.

Elder
Holy power increases the elders life force and attack power. He can absorb enemy damage to help out his allies. When faced with a dangerous situation, the elder turns to stone and becomes invincible for a short time.

- Specializations of the Priest -

Dark Priest -
When the Insane God possess the dark priest, his attack power and hit points are increased. He can also conjure an ultimate guardian.

High Priest
The high priest has the elemental gods to thank for his special powers. The power of the Water God makes area of effect spells possible while the Fire God provides immunity to enemy fire spells.