Details on the Clan system of Black Prophecy

Gamigo and Reakktor Media introduce an additional feature of Black Prophecy: its clan system. Clans play a large role in Black Prophecy. Clan leaders can assign members of the clan to certain ranks and thus also give them different powers. Clans can be recognized easily by their own customized clan symbol, specially designed by the clan using the graphics and color schemes provided by the logo editor. 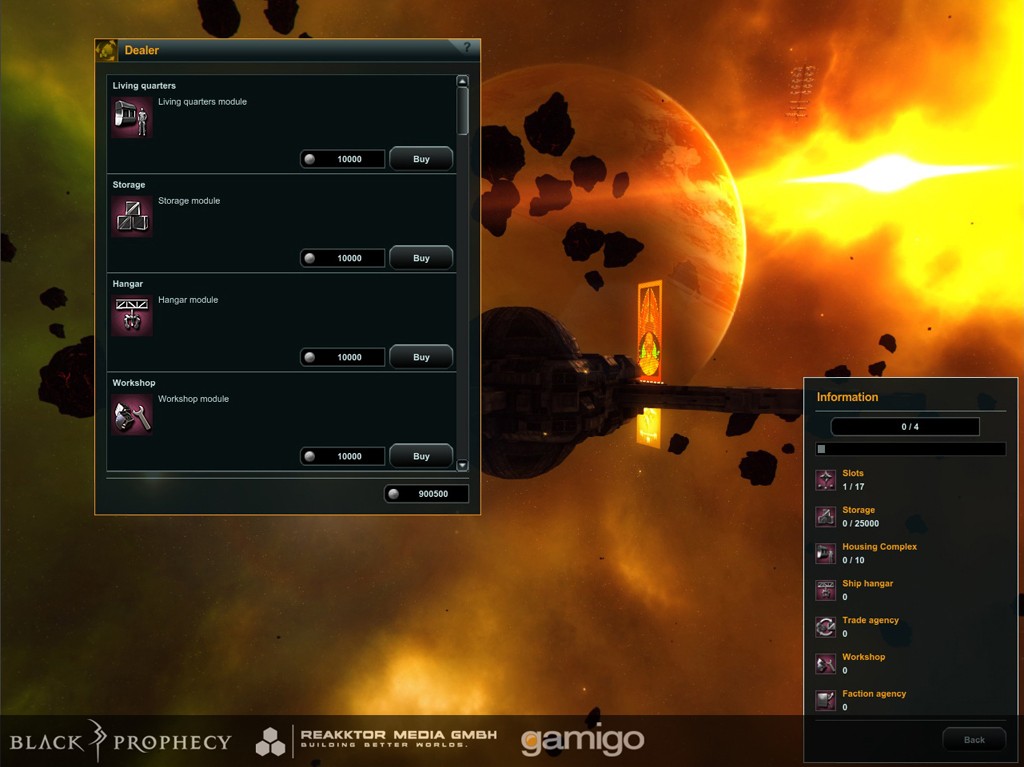 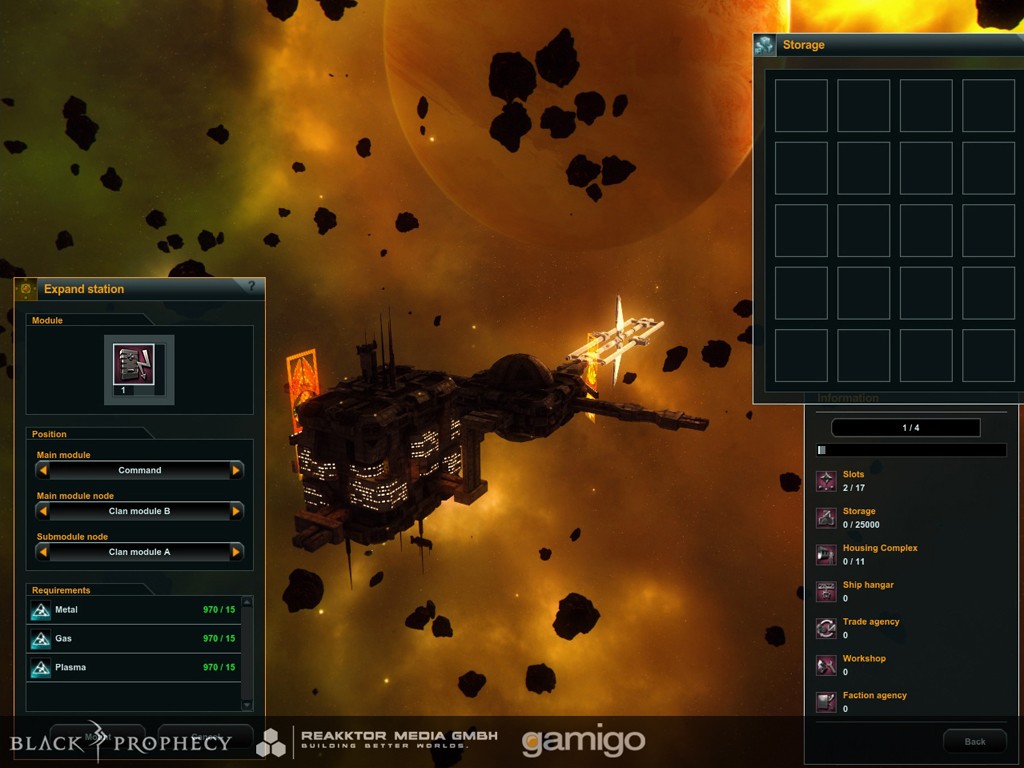 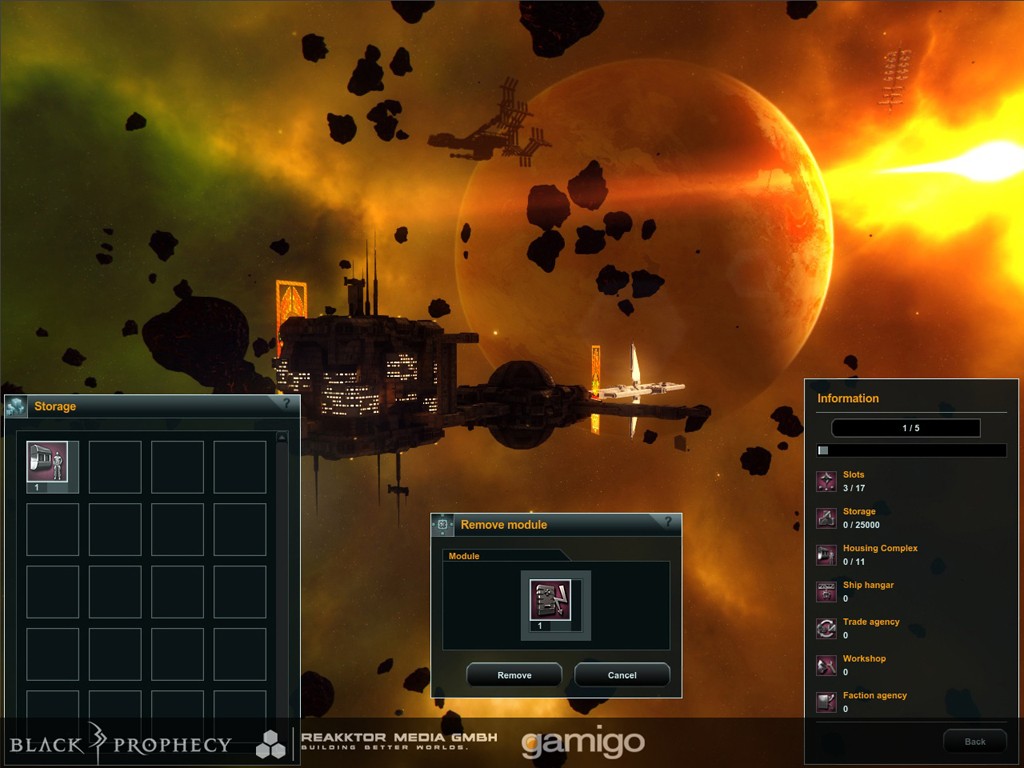 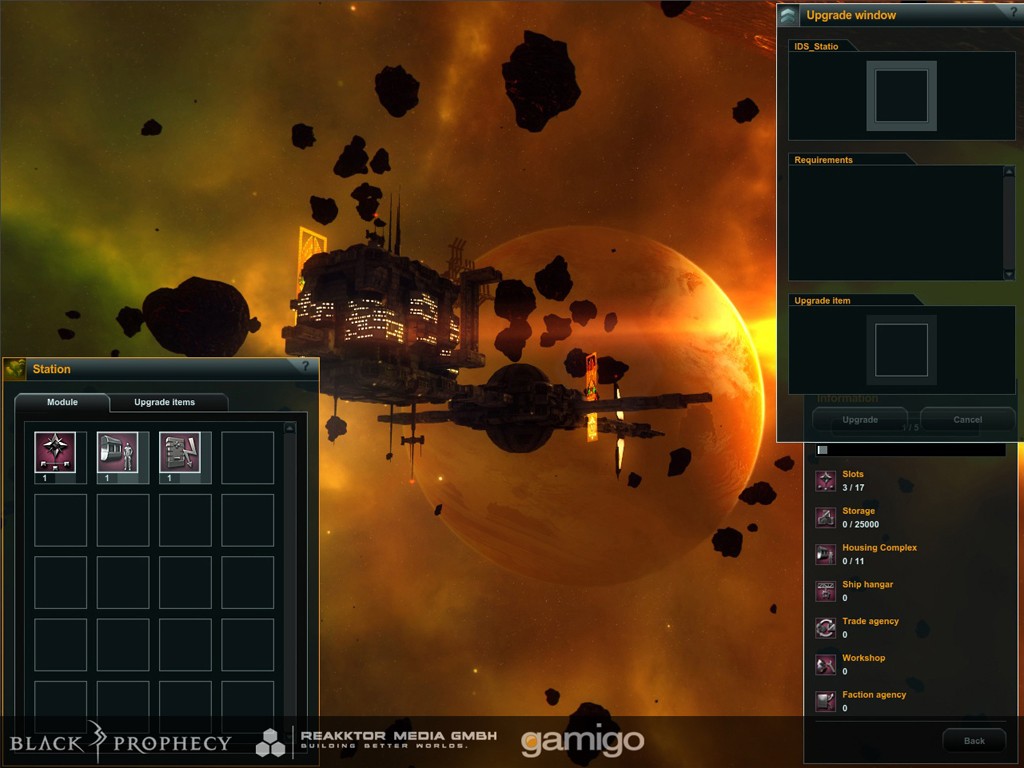 Faction rankings
Faction rankings are calculated based on the number of clan missions completed and a number of other parameters. Once the clan has reached a certain ranking and fulfilled other criteria (resources, number of members, etc.), it can request its own sector in which it can build a clan station.

Clan stations
Countless modifications morph stations into gigantic complexes. Up to 16 modules such as hangars, trading posts and living quarters can be attached. The appearance and structure of the clan station will change based on the type of modules attached.

The clan can decide whether or not it wants to allow other players from the same faction to access their facilities. Only stations that are open to other pilots will be visible on the starmap.

Expanding the clan station
The heart of a space station is its command module. In its most basic state it can house ten clan members, supply basic power to the station and has small storage spaces and a station module dealer. The clan station gains more features by adding new modules. In order to expand its station, the clan needs to have enough resources and upgrade modules, which can be acquired by completing special clan missions. With each increase in level, the stations energy consumption also increases. One thing players should bear in mind is that modules can only be upgraded if there is an adequate supply of energy. Solar cell modules can remedy energy shortages.

Modules and their features
Depots offer space for resources and clan members items. With each expansion, storage space increases  this allows clans to adapt their storage space to their needs. By opening a trading post, clan members and visitors will have access to the entire faction-wide range of products. Clans can create, modify and improve items in the workshop. The workshops expansion level determines the maximum level of the modifications that can be made to weapons or ship parts. Players assemble their ships out of their newly-created parts in their hangar.