DC Universe Online Hand of Fate will be available this September

Sony Online Entertainment LLC has announced that Hand of Fate, the 5th DLC pack for DC Universe Online, is going to be available this September. Hand of Fate will challenge players to return to Gotham City and Metropolis to experience high-level, team-focused Operations that span the iconic cityscapes.

This DLC will also provide players with new Utility Belt Attachments and introduce magic-powered Legends PvP characters, as well as a multitude of exhilarating new side missions. 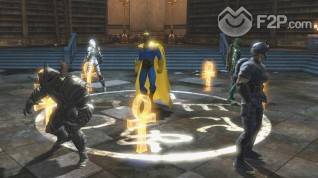 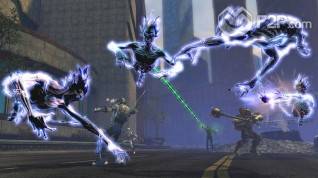 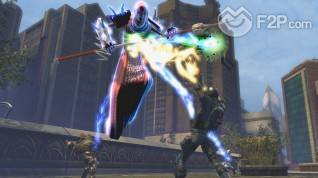 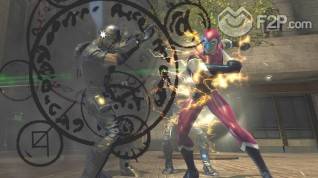 Hand of Fate will include:

- Operations - Six intense new episodes designed for group play -- three Heroic and three Villainous -- will be unleashed upon players under the direction of Doctor Fate and Felix Faust. Heroes will be called to help the Lords of Order protect innocent souls from the forces of darkness. Villains must complete perilous missions for Felix Faust to reap his rewards.
- New Legends Characters - Hand of Fate will introduce the first arcane characters to Legends PvP. The Lord of Order, Doctor Fate and the treacherous sorcerer Felix Faust make their playable debut in Legends PvP as magic-wielding hand-blasters who conjure powerful spells and summon allies to their aid.
- Utility Belt Attachments - Utility Belt Attachments will expand the trinket load-out from one to up to four slots, allowing players to equip multiple trinkets and consumables at once. All Utility Belt Attachments have at least two slots, while some also have upgradeable slots! Utility Belt Attachments give players more flexibility and options in the heat of combat without having to swap out items.
- Side Missions - As players battle through the six Operations, numerous side missions will arise that take players all over Metropolis, Gotham City, and beyond, pitting them against previous adversaries and new dangers that have arisen.

"Hand of Fate is serial in nature and features massive, team-oriented operations," said Jens Andersen, creative director on DC Universe Online. "We want to provide players with unique Hero and Villain experiences that immerse them in the most iconic DC Comics locations: Gotham City and Metropolis. What we hope players find in this DLC are emergent game play moments that challenge and reinvigorate them in the open world."