DC Universe Online has announced that its fifth DLC Hand of Fate is now available.  This DLC comes with new Utility Belt Attachments and introduce magic-powered Legends PvP characters, as well as a multitude of new side missions.

Hand of Fate comes with this new content and features:

- Operations - Six intense new episodes designed for group play -- three Heroic and three Villainous -- will be unleashed upon players under the direction of Doctor Fate and Felix Faust. Heroes will be called to help the Lords of Order protect innocent souls from the forces of darkness. Villains must complete perilous missions for Felix Faust to reap his rewards.
- New Legends Characters - Hand of Fate will introduce the first arcane characters to Legends PvP. The Lord of Order, Doctor Fate and the treacherous sorcerer Felix Faust make their playable debut in Legends PvP as magic-wielding hand-blasters who conjure powerful spells and summon allies to their aid.
- Utility Belt Attachments - Utility Belt Attachments will expand the trinket load-out from one to up to four slots, allowing players to equip multiple trinkets and consumables at once. All Utility Belt Attachments have at least two slots, while some also have upgradeable slots! Utility Belt Attachments give players more flexibility and options in the heat of combat without having to swap out items.
- Side Missions - As players battle through the six Operations, numerous side missions will arise that take players all over Metropolis, Gotham City, and beyond, pitting them against previous adversaries and new dangers that have arisen. 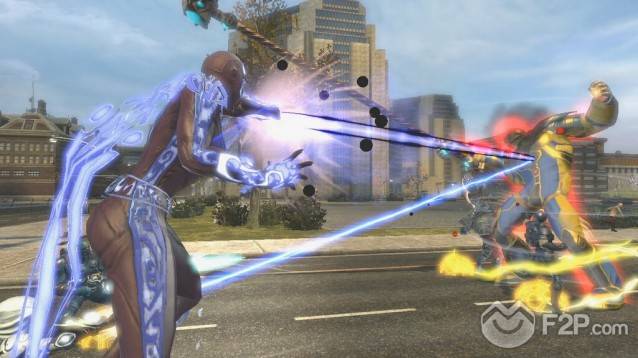 “The fact that this is our fifth major downloadable content pack showcases our commitment to expanding the immersive player experience through regular content updates,” said Jens Andersen, creative director on DC Universe Online. “Hand of Fate is unlike anything we’ve offered to date. From the very beginning, it was designed to draw players back out to our massive open-world cities and allow them to experience them in new, unexpected ways. We are pleased with what we have come up with and can’t wait to hear what the players think.”

Legendary members have this expansion for free, for the rest is available for $9.99.