Cuisine Royale We Need To Go Deeper With Battle Royale

Cuisine Royale We Need To Go Deeper With Battle Royale

Having To Search Only For Weapons And Armor Is So 2018 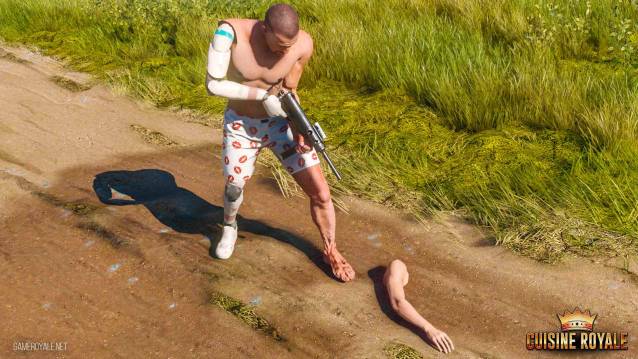 April 1st, 2019 — Darkflow Software and Gaijin Entertainment are pushing the boundaries of the Battle Royale genre yet again. Join the players of Cuisine Royale in their struggle for ultimate victory, but this time, you are not only searching for sought-after weapons and armour, but also the body parts to attach them to! Keep a keen eye out for legs, arms and other vital parts you may not want to miss - after you’ve found yourself a head, of course. 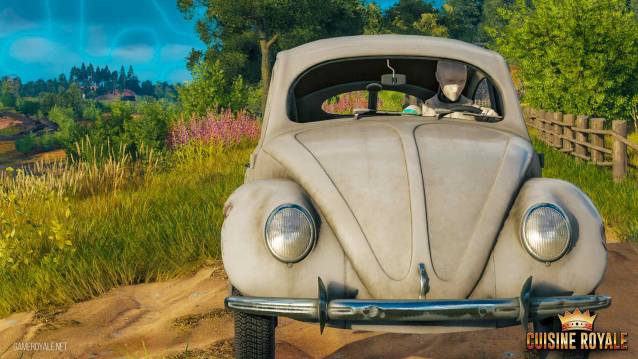 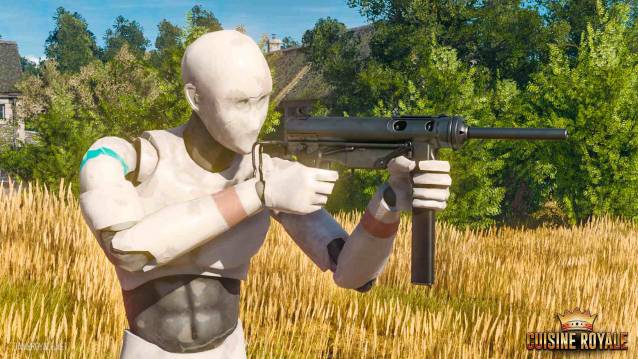 Better, faster, stronger! The more proper body parts you gather, the better your character will be. Besides providing for basic life functions, gathering the body parts of the game’s two main characters will add neat bonus characteristics to the mix. Clyde’s iron-esque buttocks will increase your protection from zero to hero, while his thick head will help to better resist the dangerous effects of the zone, which means you'll take less damage when out of the playable area. Annie, on the other side, provides your character with an experienced diver’s torso, allowing you to save your breath for longer, while her left and right arm will speed up the reload of your weapons and reduce firearm recoil respectively. You can find a total of 14 different body parts - 7 male and female each - which can be combined in any way you can imagine (or would rather prefer not to). 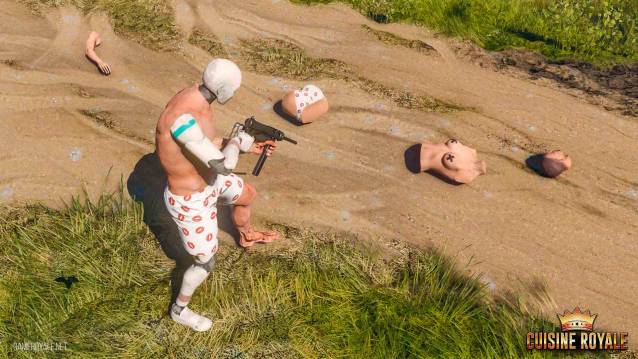 Frankenstein your ideal character and test your creation in battle from March 30 to April 2. Read more about this new take on Battle Royale on the official website of Cuisine Royale here: Cuisine Royale 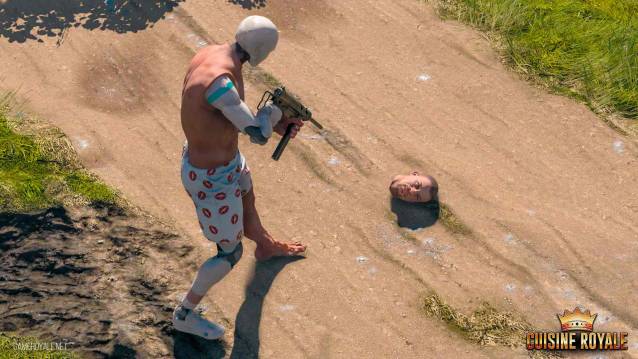 Cuisine Royale is an all-kitchen-warfare Battle Royale game with the most honest system for Loot Boxes ever. Originally an April Fool’s joke from developers of squad based MMO shooter Enlisted, Cuisine Royale was highly appreciated by players and is now released as a stand-alone title on PC via Steam. Official website: Cuisine Royale