Following the success of the World Elite PK Tournament and the release of the new Monk class, even more inspiring news has been released for Conquer Online.

The recruitment stage has officially concluded as of Feb. 10th, 2011, and there are more than 5,200 participants that have signed up for the tournament. This is the Biggest and most anticipated PK tournament the MMO world has ever seen, even for an inter-server competition. The jackpot has accumulated over 500,000 CPs, which is worth $7,600!

Different than any other PK event in Conquer, the Monk Class PvP Championship provides a completely level playing field, enabling interaction between all players from all servers and creating the first true test of who is the best of the best. 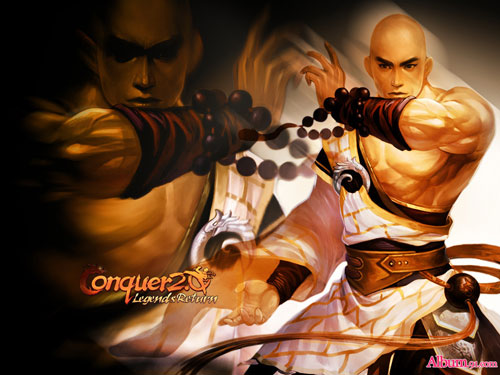 In the latest report, the TQ team has revealed the official tournament schedule. The first and the only battle for the EU Server will kick off on Feb. 27th. The US server participants are coming from 69 different servers and will be divided into 5 groups, with the preliminary stage competition to be held in March through April.

For the US server, the Top 8 contestants of each group will progress to the final round, which will take place on Apr. 11th, 18:30.