Closed Beta sign-up begins for Realm of the Titans

Starting today, players can visit the newly-launched teaser website at here and sign up for a chance to participate in an early sneak peek of the game. Also, we have updated to our channel its debut trailer. Check it out right here. 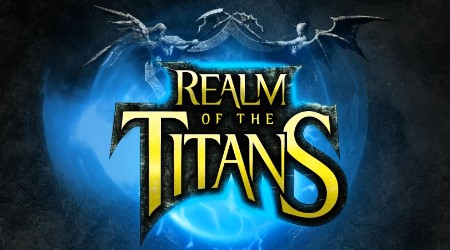 Realm of the Titans is a bold, new take on the popular action strategy genre. In ROTT, two teams of up to five heroes face off on a dangerous and dynamic battlefield in an attempt to take total control of the map. As each team advances across the field of combat, they seize control points that spawn waves of NPC minions to assist them in the conflict. Players who perform well in battle are awarded points that can be used during the match to upgrade their heros powers and abilities. The game is meticulously designed to reward teamwork and tactics, and encourage fluid and fast-paced competitive gameplay.

In-Depth Ranking Features
Level up in the game while making your way up the leaderboards by defeating higher-ranked players.

Advanced Matchmaking System
In ROTT, you can automatically be matched up with other suitable partners and competitors.

Robust Statistics & Record Tracking
Battle data and match history is saved on the server. Players can review their past performances and share favorite replays with friends.