Gala Networks Europe, has announced the launch of a new expansion for Canaan Online. The expansion is entitled Heros Rebirth, and allows players to reach new heights of power once they reach level 100, and will be released tomorrow in English, French and German.

The Canaan Online team is celebrating the launch of this new expansion with many special in-game GM events, where random lucky players will receive exciting new items including Heros Rebirth items and new costumes and pets, alongside fun contests and giveaways with great prizes. Whether gunning for Rebirth or starting from the beginning, old and new players alike will have the perfect incentives to spend time with Canaan Online and discover a host of challenging new dungeons and features.

After tackling certain dungeons and gaining the items required, players can undergo Rebirth to be completely re-born at level 10, but with bonuses that will let them become far more powerful than if starting from scratch. Better yet, players who reach level 100 can continue to accumulate experience before being reborn, and it will be carried over into the reset character.

Characters that have gone through Rebirth will also find new challenges throughout Canaans world in the form of Hero Instances. These dungeons will contain many powerful monsters and will drop tokens that can be exchanged for great rewards. Of course, what would an adventurer be without his or her equipment and pet? In Heros Rebirth, both pets and equipment can also undergo Rebirth, being recreated at a lower level but much more powerful than they were before, giving re-born characters the perfect tools to tackle the Hero Instances. 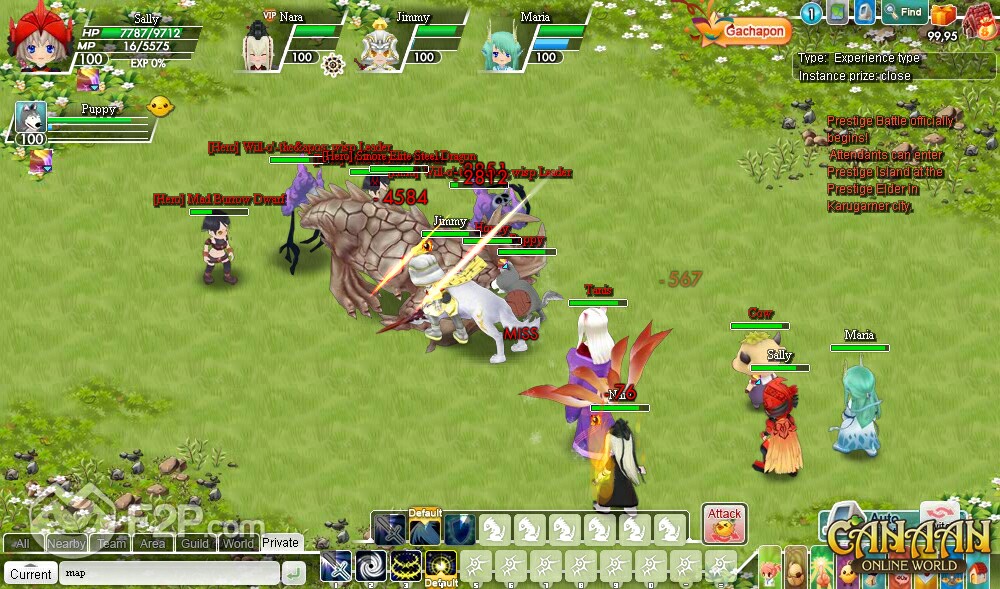 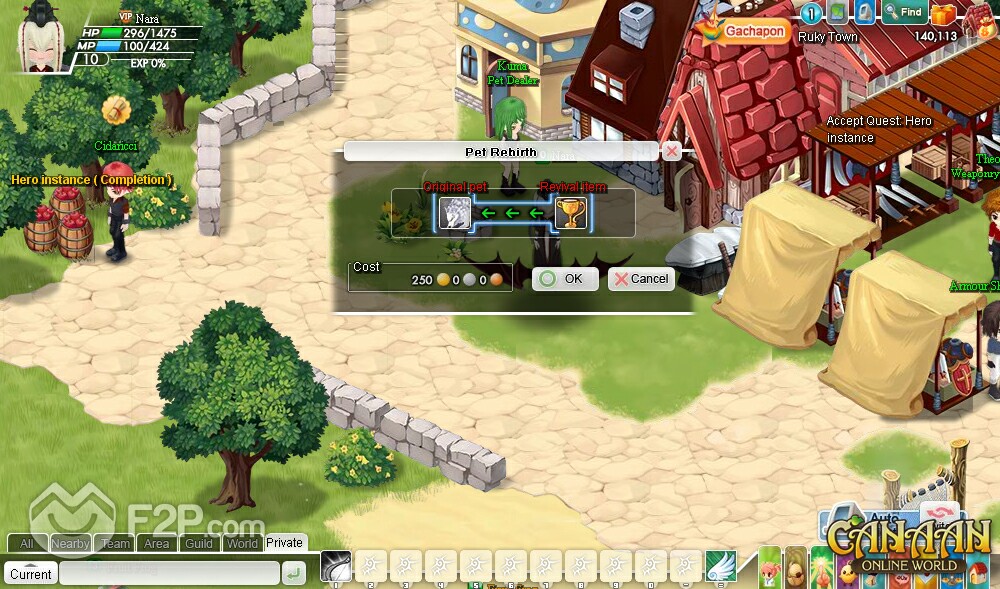 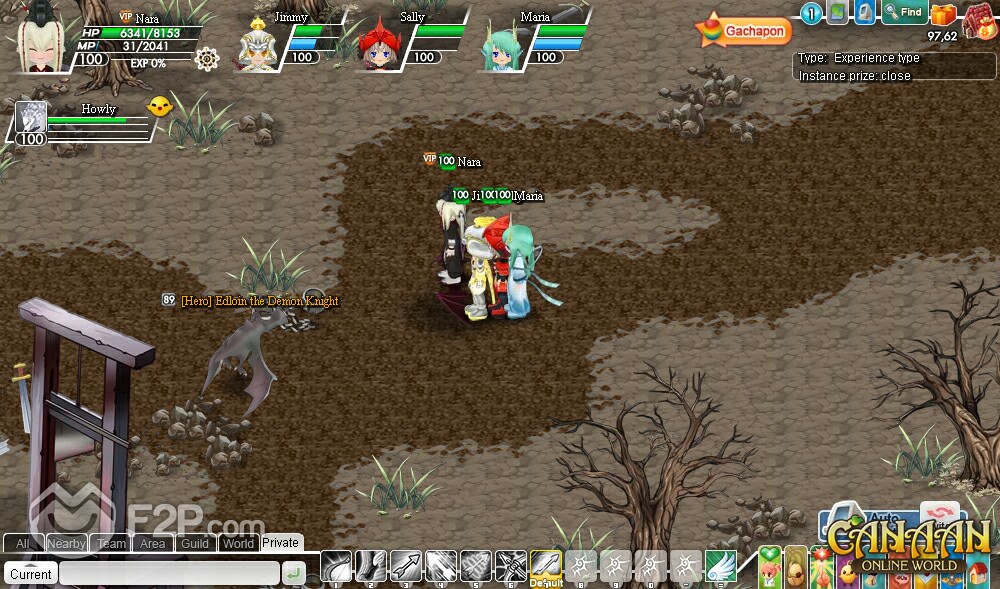 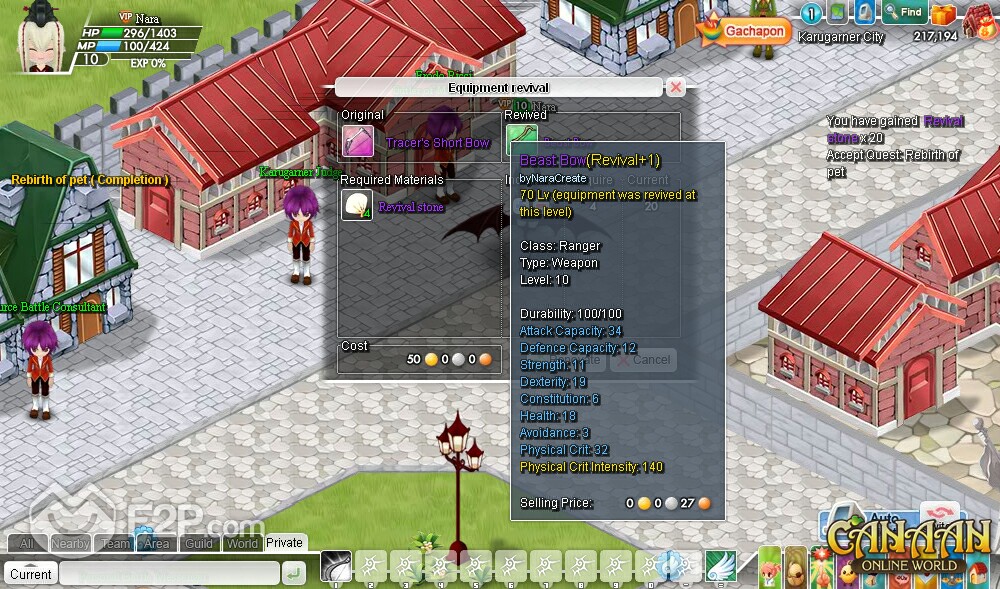 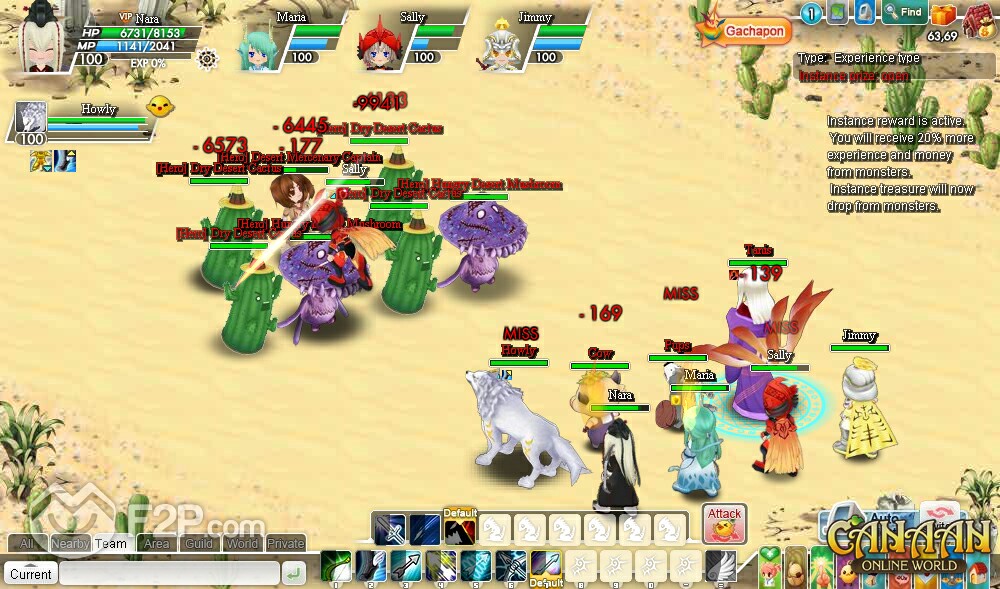