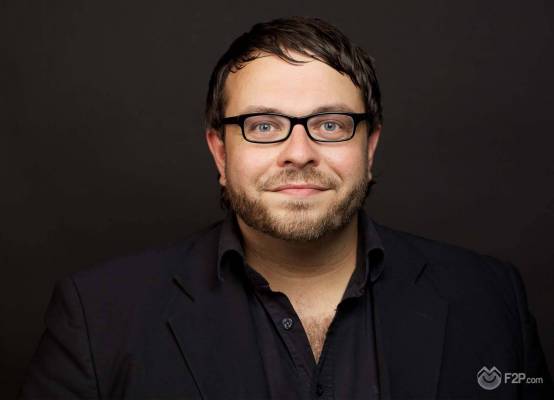 QUESTION:  First of all, thank you for giving us the possibility to interview you about Brick-Force. Would you be so kind to introduce yourself to our readers?

Answer:  My name is Kristian Metzger and I am Director of Product Management for Infernum Productions AG. After a career as a journalist, e.g. Editor in Chief for Eurogamer Germany, I worked for some time as Game Designer, Consultant and Product/Business Development Manager. My last job was with Shooter-Specialist Splash Damage, developer of Wolfenstein: Enemy Territory, Brink, Arkham Origins Multiplayer and Extraction.

QUESTION: How would you describe Brick Force to someone who has never heard of it before?

Answer:  Brick-Force is basically a mixture of Minecraft and Counterstrike and can be described as the sandbox-fun-shooter you always dreamed about. You can build your very own map in the way you like, share it with the community and fight epic matches with and against players from all around the world. You can evolve your avatar, dress him with cool costumes and be part of our great community. Brick-Force means: Build, share and play!

QUESTION: The game's concept is quite unique and interesting, and it's a rare thing to see the word "sandbox" next to "shooter", can you tell us something more about the sandbox part of Brick-Force?

Answer:  The sandbox aspect involves a variety of options. The game has an integrated building mode that allows you to create your own map. You can start from the very beginning and choose the sky design, which ground you want to fight on and basically every single brick the map will be made of. So creativity truly knows no boundaries in Brick-Force. The community loves this feature and has already built more than 600.000 different maps. With the new content of Season 3 – Bricksaga, even more options have been introduced. With the new interactive bricks like traps and doors, creative minds can now create backdoors and offer new strategies when playing the map. With the building mode there is always something new to explore in Brick-Force.

QUESTION: Talking about the shooter part, what sets Brick-Force apart from the rest of the genre? Why should a player choose to play Brick-Force over any other free-to-play shooter?

Answer:   First the game does not force you to stick to the same limited amount of maps all day long. The differences are huge. Therefore every single match will be different. Also Brick-Force offers many different styles and costumes. For example with season 2, Brickstar, we introduced various options to really battle your opponents like a space ranger. Tons of maps have been created around this theme so far. With the new Season 3 – Bricksaga, players can enjoy a new medieval theme. They can dress up like Robin Hood and ambush their enemies or trick them into spike traps. All these mechanics make every single match a unique experience.

Secondly, with every Season we add more unique and crazy weapons. You’ll fight with crossbows, throw fireballs with magic wands, and attack with a huge knife or even a fish. In the future we will deliver even cooler and more over-the-top weapons. Brick-Force is not a brown soldier shooter, it’s funny, colorful and one of a kind.

QUESTION: We know that with time you added several new features, items and themes to the game, and now the new Season 3 is here. Can you tell us what can we expect from Season 3 and how will it impact the gameplay?

Answer:  Bricksaga is all about the Middle Ages and introduces a couple of new interactive bricks, stylish costumes and funky weapons. The strongest impact on the gameplay will come from the new mechanics, like the portals and traps. With different types of portals you can create useful shortcuts to important strategic points on the map or lure your opponents into a deadly spike trap. And like I mentioned before we also added new ranged and melee weapons like an accurate crossbow and a smashing scepter.

QUESTION: We know that there have been some changes to the item-shop and character progression based on players' feedback. What's changed and how? Can you give us an example?

Answer:  Since we launched Brick-Force we received feedback that some players experience the game as pay-to-win. We therefore worked closely together with the developer and the community to change this aspect. The whole level progression and items you unlock have been revised. You now get access to all the new and better weapons on a regular basis through leveling your character and not by paying for them. The way the game channels work has been changed as well. You can now choose between channels where you will only fight players of your level range and earn some extra experience or decide to enter the fun channel where basically everything can happen and all the players can meet. Also, we converted brick points to force points to simplify everything as much as possible. In case you have not tested it out yet, go for it. Brick-Force is a whole new game since Season 3 started.

QUESTION: Can you tell us something more specific about the new medieval weapons and the new traps and tools for the map editor? How do they work?

Answer:  You can expect to see a whole bunch of new weapons like different types of deadly crossbows, razor-sharp swords and axes or toxic potions to throw and wrap your enemy in a cloud of poison. They fit nicely to the new costumes like the king with his scepter or the knight preparing to defend his master with his life. Also you can use the new interactive bricks. With Bricksaga we added wooden planks, medieval banners and torches to give the new maps the right atmosphere. With the practical windows you can open and snipe out of, stained glass that breaks if shot and deadly traps that do incredible damage has been introduced for a new game element. Well-known strategies might need to be changed and adjusted to win against the other players. Another really important feature we added is the portals. Three different types of portals allow fast travelling between the hot spots on the map for both teams and open up entirely new gameplay possibilities for everybody, changing how you play Brick-Force.

QUESTION: There is some kind of competitive scene in Brick-Force? Are you going to launch special competitions or tournaments with Season 3?

Answer:  At the moment we are totally focusing on implementing all changes as planned and ensuring the new mechanics work out as planned. As soon as we receive the feedback that we are on the right track we will set up competitions and tournaments. As those are very competitive we decided to focus on the changes as they have a strong influence on every single match.

QUESTION: Players are a hard crowd to satisfy when the "new game" effect starts wearing off. Which are your plans to keep them entertained in the long run? What can we expect from Brick-Force in the future?

Answer:  You definitely can expect us to add even more content to the game. As the changes now show their first impact and thousands of players enjoying the game every day, we will continue to work on this topic. We want to make sure that the path we took was the right one. Therefore we will also continue to work closely with the community in regards of upcoming patches and changes. The developer is already working on future content and will add even more weapons, bricks, costumes and some awesome gameplay changes to the game. Stay tuned!

Answer:   I want to invite the players to have a look at Brick-Force and try the building mode. Our game lives and dies with the creativity of the players and awesome maps develop the community more and more. So pull up your sleeves and get into the thick of it!