Bandai Namco has just unveiled a new franchise: Rise of Incarnates, a new fighting game from the creators of Tekken and Soul Calibur. The game will offer fast paced  2 vs 2 stylish PvP battles and will be available in late 2014 for PC. 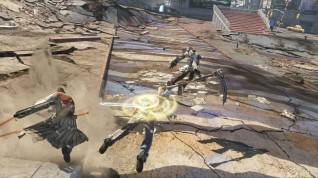 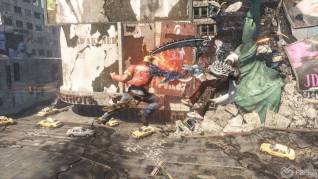 “Rise of Incarnates represents BANDAI NAMCO’s future in the Free-to-Play gaming landscape,” said Herve Hoerdt, Vice President of IP Strategy, Marketing & PR at BANDAI NAMCO Games Europe. “Building a new IP from scratch with such a brilliant dev. team is an exciting challenge for everyone at BANDAI NAMCO Games. We are aiming for a long and sustained development for this exhilarating and fresh brand!”

Players will be able to use different characters, each one with its very own skills and playstyle to run, jump and fight in meelee and ranged combat through 3D arenas which are shattered yet accurately rendered real-world cityscapes.

These fighters are “Incarnates”, humans blessed with mythical powers and special abilities that are both feared and loathed by the general population. One day the incarnates discover that in order to avoid certain destruction they will have to destroy the “Sovereign of this era.” This is where the final battle begins.