Today we have a big announcement to make. We are working in conjunction with our new Development studio F2P OCIGAMEZ on the development of a totally new cross IP (intellectual property) MMORPG Mega Multiverse Online: The World’s Combined (conveniently called MMO for short).

With a long-standing network of contacts throughout the MMORPG world, we have gained licensing to go ahead with our new game where we shall see heroes and locations from the likes of World of Warcraft, TERA, Rift, Star Wars: The Old Republic, Final Fantasy: A Realm Reborn and many more, claiming over 20 different titles that we have been able to combine in one game.

The CEO of  F2P OCIGAMEZ Joe King said “We think this is a new age in MMO gaming, collaborating with different studios means that players will no longer have to choose one game over the other and instead everyone will be able to explore their favourite locations with their friends who may prefer another IP, experiencing the game together. We’re hoping to do great things with the game and are truly thankful of the support of the various franchises we have been able to bring on board.” 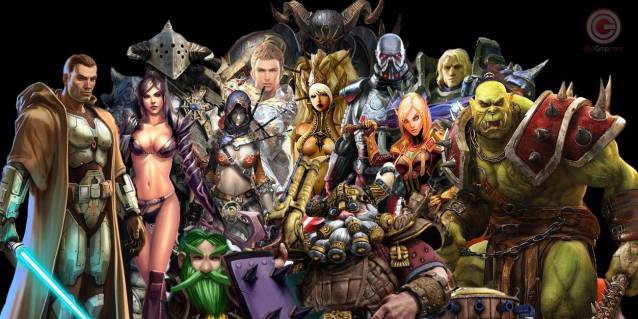 Mega Multiverse Online (MMO) is a new fantasy meets sci-fi MMORPG that unifies all your favourite MMORPG’s in one distinct multiverse, where characters and locations from many popular MMO’s have come together in one huge feature packed MMO.

- Over 20 different mmorpgs combined in one vast Multiverse
- 50+ Classes covering everything from Jedi, Rogues, Mages and Summoners
- Huge player housing – Build your own castles or futuristic player cities
- Dozens of vehicles from Chocobos, Gnome enhanced Landspeeders or Astral ships that can travel between the Allods of their world and the Rifts leading them to new planes
- Faction based PVP
- Immersive quests with each MMO’s world having its own story arc that links to a larger game plot line
- Build your own weapons and items from gathered resources
- Cross-platform compatibility
- Completely free to play

On a distant world called Telar the ancient dragon Regulos, banished to the elemental plane had managed to gain entry back into the world and along with the dragon deities that ruled the planes has begun to open up Rifts across the realm in a war known as the Blood Storm. These rifts broke down the fabric between dimensions, uniting and linking multiple worlds and the effects that they had have rippled throughout the multiverse, unleashing his dragon servants across many worlds.

The first of these effects was felt on a far-off world where the people felt a similar fate to those on Telar. A rift had formed in the middle of their great ocean, named the Maelstrom it had long lay dormant until the success of Regulos released the dragon known as Deathwing into the realm of Azeroth in a world breaking event they called the Cataclysm.

Across the planes and the stars to the turning of the Seventh Umbral Era the ancient dragon Bahamut broke free from the moon he had been imprisoned in and laid waste to the lands of Eorzea; forcing the great mystics to send the lands heroes to safety to ensure the realm could be reborn.

In a galaxy far, far away ancient powerful evil now stirs as the dark energies cling to ancient star dragons known as the Duinogwuin and threaten the distant galaxies, already the stoic knights of this land known as the Jedi have felt the stirrings in the Force.

In an MMORPG that crosses many different franchises all bound together under a multi-verse spanning story arc players will be able to create characters from many of the iconic factions and classes available to these games as they begin their journey travelling through the Rifts between these worlds in search of an ancient artefact they believe holds the key to stopping these ancient Dragons.

Explore Stormwind as a powerful Jedi of the Jedi Order to seek out the aid of Jaina Proudmoore, learning new Force abilities combined with the mages native magic. Race Chocobo’s across the ancient deserts of Tatooine or the discover the exiled realm of Arborea on the back of a flying gryhon mount. Watch as races from distant worlds enter a Galaxy where the Force is strong and awakens abilities in them they never thought possible.

As well as the possibility is playing as the heroes looking to destroy Regulos and his Dragons players are also able to join the mysterious Stormborn faction, united under a mysterious figure known only as The Mother of Dragons. Fight in her army as she aims to help the Dragons succeed in their conquest of the worlds of which they once ruled in open world combat on PVP focused servers or optional flagging PVP on standard servers.