Age of Wushu shows off its criminal side

Snail Games just released some interesting details regarding the open PvP system in its upcoming MMORPG Age of Wushu. The game features an hard world in which players will have almost no limits in killing each-other, but they will have to face the consequences of their actions, of course: killing players nets large amounts of silver, it comes with Infamy and the ire of the entire server.  Players walking the streets can witness killings or be challenged themselves. 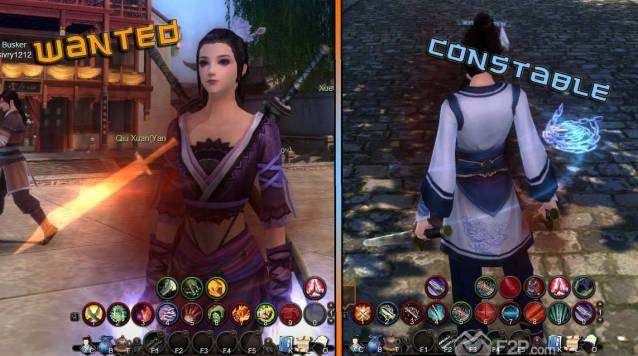 There are some occasions where Killing another player is legitimate, for example in case of rival schools or defense. Otherwise, every homicide adds Infamy. The first thing that will change  is the color of the player's name. White to Orange, Orange to Red, and Red to Purple are the show the increasing levels of evil deeds committed.  Once the name of a player is  orange, other players can seek revenge and punish the outlaw by placing a bounty for his/her arrest. Once a bounty is placed, Constables NPC and players can track the infamous player down and arrest him, gaining a good sum of money from the original victim. After this, the criminal will end up in prison.

Each server can have up to 1000 constables, and both criminals and constables will be marked from a orange sword and a blue chain icons. 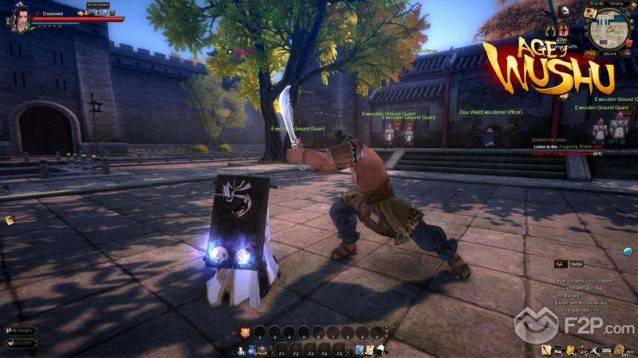 Once in prison, a player has several avilable choices. They can wait for the sentence until infamy reach zero, try to decrease it playing a game of dice, or organize an evasion with 5 more friends from the outside. But purple players have to pay a major price for their horrible crimes and they are held in a special prison before going to death row. The jailbreak is a lot harder and if a player cannot come up with the bribe or escape, they will be scheduled for a public beheading in front of the prison. Other players can come and enjoy the spectacle. Beheading holds extensive stat penalties for players. 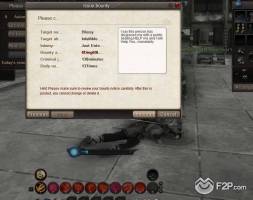 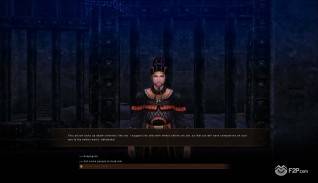