WildStar, meet the Scientist and the Settler Paths

At a recent WildStar Press Tour event, Carbine showed these two new paths in action: Scientist and Settler. The Scientist path is focused on scanning areas to learn about the world and its history. In the other hand, Settlers can build structures and buildings, such as vendors, mail boxes, banks or outposts.

Expansion:
That town ain't going to improve itself. So step up, strap on a toolbelt, and get to work building things that make everyone's life a little easier.

Supply Cache:
Who has time to sit around and wait for vital supplies to show up on a platter? Put on those boots and bring home the bacon!

Public service:
Some people just don't have the grit and backbone to get the job done. Good thing you do. Achieve tasks for the greater good, and get rewarded for it.

Civil defense:
Town guards can handle the small stuff. But when the biggest, meanest monsters on Nexus come a-knockin', you'll step up and save the day!

Infrastructure:
Are you ready for some serious real estate development? Then do your civic duty and build hospitals, taverns, and spaceports for your friends and allies. 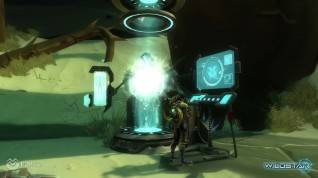 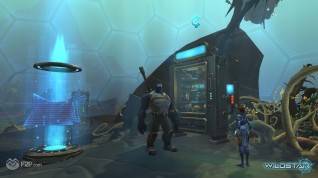 Analysis:
Time to put that big brain of yours to work! Whether it's a bug-eyed monster or the enemy's databanks, it's up to you to scan it.

Biology:
Nexus is home to the craziest critters this side of the Fringe! You and your trusty scanbot better get crackin'.

Catalog:
Knowledge is power. Which is good, because Nexus has a lot of knowledge that needs to be collected and catalogued. Time to power up!

Diagnostics:
You're a scientist, and that means you can fix stuff. Whether it's a broken leg or a busted bot, you'll diagnose the problem and take care of it.

Archaelogy:
The Eldan left behind a whole planet full of awesome. So start scanning those relics, robots, and radical machines!

Botany:
Studying plants on Nexus is cool. Especially when those plants are trying to chew your face off. Stopping to smell the flowers? Not recommended.

Chemistry:
Nexus is full of exotic materials and alien compounds just waiting to be studied. Are some of them ridiculously dangerous? No doubt about it.

Field Study:
Who knows what evil lurks in the hearts of hostile alien lifeforms? You do. Study behavior patterns among the natives. And try not to get killed.