What Do We Love About… ELOA?

ELOA or Elite Lord of Alliance is a free to play hack n’ slash MMORPG where players progress across a huge fantasy realm and build up their hero from one of five different classes as they engage in PVP and PVE content, crafting, questing and lots of social gameplay. The game had a bit of a rocky start as it initially seemed like the same game as previously released Inspirit Online, however, this was apparently an illegal copy made from an early beta client (according to both new publishers Webzen and the developers); Elite Lord of Alliance is a more polished and finalized version of that game. There are a few issues with the MMO if we’re honest, but there’s also quite a few things we like. 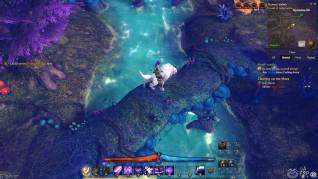 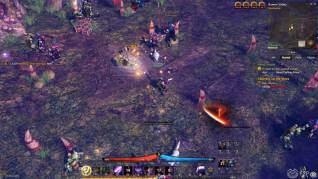 Splendid Graphics
The game has some of the most wonderful graphics. When it comes to setting the tone and creating an immersive world to live in and explore, we’ll hands down say few games have made such a compelling world as Elite Lord of Alliance. From the general graphics, the 3D isometric viewpoint and the colour palette that has been used creates such a high fantasy atmosphere it is extremely enjoyable to roam around the world; from the stunning flora covering the land, or the water effects from rivers, lakes and waterfalls, it is overall some extremely well-polished visuals.

Action Combat
Pure Action RPG combat. The game definitely does a great job of making combat fast paced and adrenaline fuelled, switching between your classes three stances, each of which opens up new skills, and chaining together a pretty long list of abilities to make some powerful combos. Depending on the class you choose some have more agility in combat than others, but for the likes of the Assassin being able to dash in and out of the fray and dance around the battlefield is incredibly fun. The Stances themselves focus on different abilities depending on what you are doing, whether playing Solo, in a Party or fighting in PVP.

Pet Training
You are able to breed your own pets. As you progress through the game you pick up a variety of different pet eggs that can be hatched to create a pet that can be added to your collection and independently levelled up to make them more powerful. Pets are more than just cosmetic companions and they can add a variety of buffs, some can be used as mounts, others even loot fallen enemies for you. More than this players are actually able to get two pets to max level and then breed them to create new hybrid pets!

Honor Battlefield MOBA style combat in an MMORPG. When players take to the Honor Battlefield they will engage in a 6 v 6 PVP arena that steps away from the traditional style arena combat we see in MMORPGs and instead lets players fight it out in MOBA style battles. Here the two teams must push their minions down three lanes, trying to destroy towers en route, and ultimately defeat the Guardian bosses to win the game. Whilst MOBA are nothing new, being able to play two genre of game in one title is pretty cool.

Fun Dungeons
Dungeons are solid. When it comes to the PVE aspect, particularly the end game, the dungeons are particularly well done and compliment the fast paced PVP style that the game is built around. Grouping up with four players you can jump into dungeons and choose your difficulty, earning more rewards, but allowing you to face greater challenges. 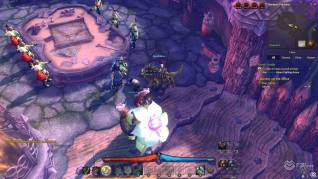 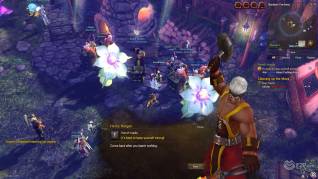 These are some of the things that we love about Elite Lord of Alliance, but what do you think? What do you love about this game? Would you add anything else to the list? We await your opinions! Let us know!!!!!