Tribes: Ascend is Far From Dead

If you thought that Tribes: Ascend was left to die you were wrong. Hi-Rez has just updated their sci-fi online shooter with a huge content update, introducing new maps, several class changes, new weapons, new equipment, changes to the vehicles and general gameplay improvements.

It also brings a new armor selection system, providing players with full loadout customization. The game now features 9 custom loadouts per armor (light, medium, heavy) and they are not longer purchased. In addition, there are some basic changes: the three types get a health increase; light armor's health regen rate has been slowed; medium armor is now 10% larger and provides with 25% more energy while piloting vehicles; heavy armor's mass has been increased by 15% and now when body-blocking you deal damage to other players.

All armor, belt items, packs, and weapons have been rebalanced. And several new weapons has been added, such as the new BXT1 self charging sniper rifle that doesn’t drain energy when firing.

Vehicles have also been reworked. All damage to vehicles has been adjusted to normalize the playing field a little better. Weapons that specialize in killing vehicles now deal 25% - 50% more damage. And Vehicle health values have been reduced to compensate.

The game has also received several general improvements. Optimizations have been made to improve network performance and server browser now sorts by player slots by default. 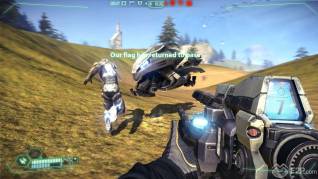 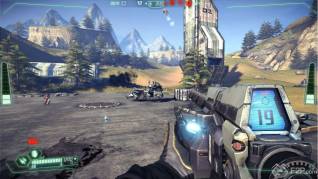 If you want to know more about Tribes: Ascend check out our profile by clicking on the "info" button below.