Bigpoint is celebrating the European Cup soccer championship in its top games like Seafight, Piratestorm, Farmerama, Drakensang and Dark Orbit with some exciting events throughout the month of June.

During the Seafight soccer event, pirates can get their hooks on new ship designs for different countries and grant their ships additional powers through buffs. A new champion-ship design will appear on the seas as an NPC to be destroyed by the pirates with special soccer ammo. This special event was created with top collectors and premium players in mind and will be a great way to get inactive pirates back out to sea.

Summer is heating up! For twelve whole weeks the Big 5 Championship will rage across the Piratestorm seas. During this time players will battle it out in brand-new PvP battlefields to win the favor of the five great trading houses. To really change things up during the longest browser-game event ever, there will be special new championship quests. The pirates can collect medals in addition to gold and diamonds, which they can then trade in for all kinds of useful items and prices. 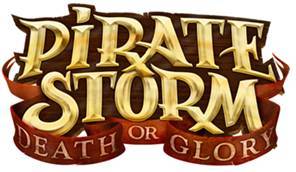 Space pilots everywhere are preparing for an intergalactic competition of epic proportion. For nearly one whole month everything in orbit will revolve around soccer. Many surprises wait in store for the pilots, from full-throttle event games to random alien attacks for pilots brave enough to fly in groups of 11. Pilots of the three companies will go head-to-head in multiple matches throughout the 2012 Space Cup to secure the overall victory for their company. All players from the 16 planets who enter the tournament can also look forward to an extra-special surprise!

The Dragonknights, Spellweavers and Rangers are gearing up for the greatest Storm ball competition of the year and the Storm ball fans are giddy with anticipation. An outlandish new merchant is selling everything a Storm ball player needs: Jerseys, flags for every nation, Storm balls, horns and even crowd pleasing "La ola" waves.

A big ol' soccer tournament is coming to Farmerama-land: The Looney Tunes are getting ready to challenge the local rivals to a match that will go down in Farmerama history. But before the games can begin there's plenty to be done: The Looney Tunes need to be in tip-top shape and the stadium needs to be ready to handle the droves of excited fans.