Here there is an interesting interview with Steve Ricossa, Lead Producer for Sar Trek Online. Let's find out how he answered to our questions and remember that if you are a fan of the game, we have an exclusive promotion for you, which will give you an exclusive uniform for the game.

First of all, thank you for giving us the possibility to interview you about Star Trek Online. Would you be so kind to introduce yourself to our readers? 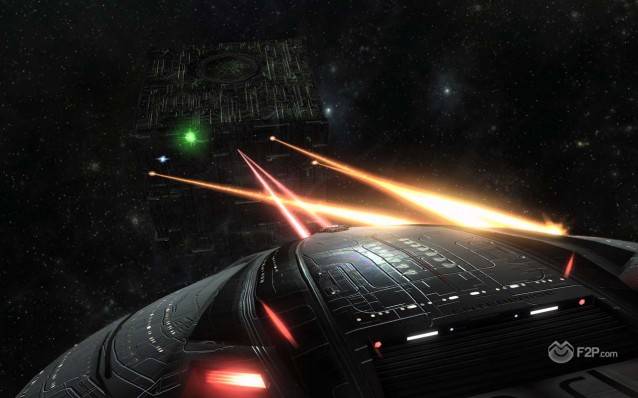 Can you give us a general overview of the upcoming Season 8? What can we expect to see?

Season 8 is packed with exciting new content and rewards that the entire team here can’t wait for everyone to play! Our featured content takes place in a Dyson Sphere brimming with enemy Voth and dangerous Omega particles. Players will form a joint task force with their opposing factions in order to explore the sphere’s advanced technology and to keep the Voth from collecting Omega particles. The content varies from general exploration, to assaulting the largest ship in Star Trek history, to combating over Dyson Sphere locations, to engaging in an all-out ground war with the Voth! All of this content is great, but what really makes this season sing are the rewards. We have a brand new reputation with an all new, friendlier way to progress. This Dyson Reputation is full of top-tier ground and space sets that will really allow players to up their game against the Voth. Players in fleets can control and improve a Dyson Spire Fleet Holding that unlocks whole suites of gear, ships, and cosmetic upgrades.

Is this new season going to expand the game's storyline? If yes, how? Can you tell us something about the plot and the involved characters?

The storyline is definitely progressing in Season 8. With the featured episode “Sphere of Influence,” we continued the story introduced in the TNG episode “Schisms.” The Solanogens seen in that episode are working with the Iconians, and thousands of years ago they built an immense Dyson Sphere for unknown but potentially dangerous purposes. The Federation, Klingon Defense Force, and Romulan Republic forces are in the sphere to discover its secrets and find out why this location actually exists. The player will unravel this mystery through the adventure zone, queued events, and the cutscenes featured in the Dyson Reputation. The story has been well planned in advance and will continue from this point in future episodes and seasonal updates. 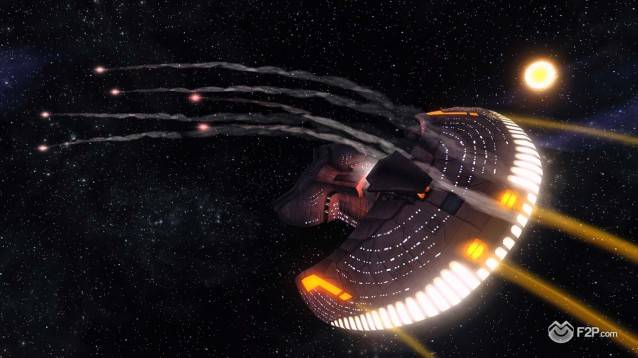 We know that the new season will be end-game focused. What that means? What can we expect to see, end-game wise?

Our focus on end game involves content that feeds a brand new reputation with new rewards for high level players. We have new normal and elite queued events that show off never before seen environments and team oriented gameplay. The new reputation this content supports is full of top tier space and ground gear that will help players succeed in this new content, as well as any other content they’re used to running. On top of the reputation, we have a new fleet holding that unlocks a wide variety of exciting end game gear and the often-requested fleet versions of the Atrox Carrier, Kar’fi Battle Carrier, and Veteran ships. The breadth of content and rewards will give our end game players a brand new set of goals to achieve and content to play.

Can you tell us something more about the new Voth faction and the new Dyson sphere zone?

The Voth forces discovered the Dyson’s Sphere in previously unexplored space on the edge of the Delta Quadrant and have been working since then to uncover its secrets. The Voth were introduced in Star Trek: Voyager, and there we mostly saw their scientists and administrators. Now players are getting to see their soldiers and battle troops, which include massive mechs and genetically-engineered creatures. The Voth want to use the sphere as a means to control parts of the Delta Quadrant, and they’re confident that they can safely harness the power of the Omega particles found there. Joint Allied Command, however, sees the Omega particles as one of the greatest threats to the galaxy. If unleashed, these particles could render vast areas of subspace impassible, effectively destroying space-faring civilizations like the Federation or the Klingon Empire. The only way to safely use the power of Omega is not to use it at all. 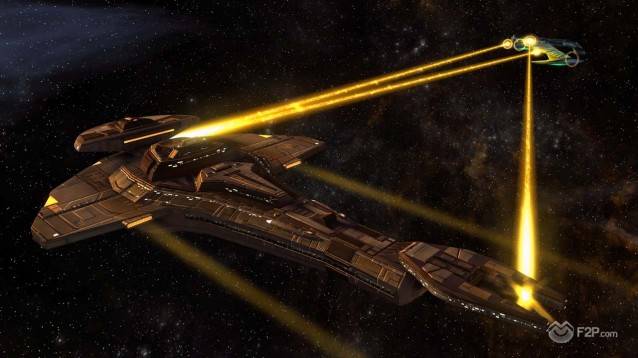 Will there be new playable races and ships?

The release of the Voth Lock Box gives players access to a Voth Flight Deck Cruiser and a Voth Science Vessel. Both of these ships provide a unique and powerful experience for players that fly them, and will definitely be an excellent addition to your personal fleet of ships.

Thank you for your answers. Would you like to add something?

I’m really excited at the new content and reward possibilities Season 8 has brought to the players. I hope everyone has as much fun playing it as I do.