SG Interactive, has revealed that Crossfire Europe, a MMOFPS, in coming to Europe very soon, with its Closed Beta Test scheduled to start on Aug. 31, 2011.

Crossfire is a popular online game, setting an impressive record of 2.8 million concurrent users across the world. 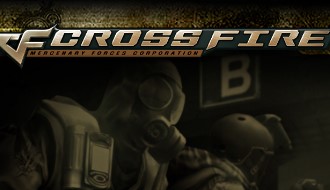 In Crossfire Europe, the players can join mercenary teams fighting for dominance in a world overrun by terrorists and dominated by corporations. With deeply competitive gameplay fueled by rankings, leaderboards and clans, as well as plenty of diverse maps and modes, Crossfire Europe takes death match action to the next level.

Crossfire Europe stands out from the competition with its varied, unique game modes, such as Ghost Mode, where one team must silently take down the other armed only with knives and stealth cloaking.

Crossfire continues its relentless march worldwide, said Herald Kwon, CEO of SmileGate. If European gamers have any doubt at all about whether or not they should try Crossfire Europe, they should just look to the millions of players worldwide who are already enthusiastic about the game!

Crossfires success in international markets is unprecedented, said Chris Lee, CEO of SG Interactive. Were looking forward to seeing the bullets fly as we bring the game to European players.