War Front will be eleventh expansion for Perfect World International (PWI) and it will be released on November 11, introducing to the game massive cross-server battles and the very first dynamic solo instance: Heavenfall.

Large-scale PvP content is a highly requested feature that now will be available. The War Front expansion will bring with a new multiplayer mode, "Battle for Treasure Island", and a cross-server update to Nation Wars. Both modes will offer new rewards based on individual and team performance.

The new mode is a 120-player battle where players must defeat and kill the enemy faction's commander or destroy all the enemy faction's resources. Cross-server Nation Wars will be a bi-weekly event that that builds upon the current Territory Wars as players battle across servers to conquer nations.

As said before, the War Front expansion also introduces the first dynamic solo-dungeon: Heavenfall. This new instance changes continuously each time players enter. It will feature 108 levels of content, it will rank players based on their perfomance and it will reward players with the rarest items in the game. 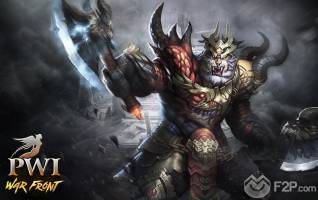 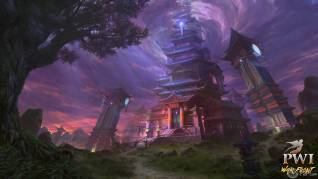